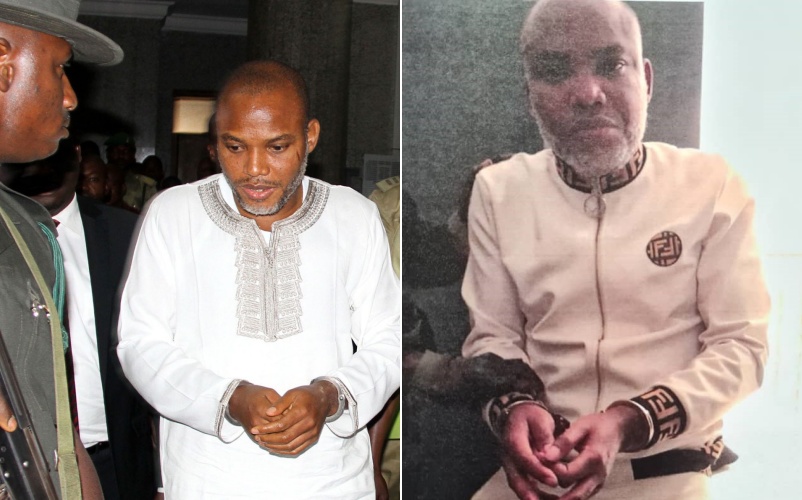 The real reason Nnamdi Kanu, the leader of the Indigenous People of Biafra, was denied bail by Justice Binta Nyako of an Abuja Federal High Court on Tuesday has been revealed.

Kanu had failed to inform the court of his inability to attend his trials over the last four years, according to the judge.

Ejimakor stated that the judge was willing to hear Kanu’s new bail application.

“June 28 Update: Sadly, the Judge has denied bail to #MNK on grounds that “for 4 years, nothing was filed” in her court to explain why Onyendu did not attend his trial.

“She said she is open to considering a new application for bail and she granted a stay of the criminal proceedings,” Ejimakor tweeted.