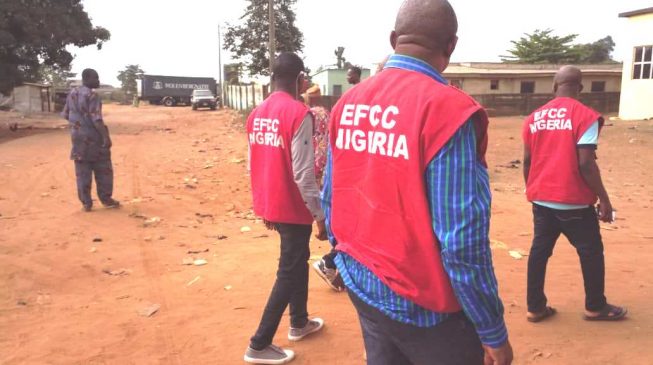 The Economic and Financial Crimes Commission (EFCC) has disclosed that it does not have a pregnant woman in its custody in connection with the recently concluded Ekiti governorship election.

The EFCC stated that all suspects in its custody were being held under court order due to allegations of vote-buying during the election.

This was contained in a statement signed by EFCC Spokesman Wilson Uwujaren and made available to journalists in Ilorin.

Uwajaren denied rumors that a pregnant woman was among those detained on suspicion of vote buying during the Ekiti governorship election.

He said, “A pregnancy test conducted on all the female suspects arrested during the election at the State Hospital in Ilorin was negative.

“Earlier tests conducted in a private hospital also revealed negative results for all the female suspects.”

Uwajaren added that all the suspects were detained based on lawful order of court, pending the conclusion of investigations.

According to him, the suspects would be charged to court as soon as investigations were finalised.

The spokesman also urged the public to ignore the wild claims about the mistreatment of the suspects.