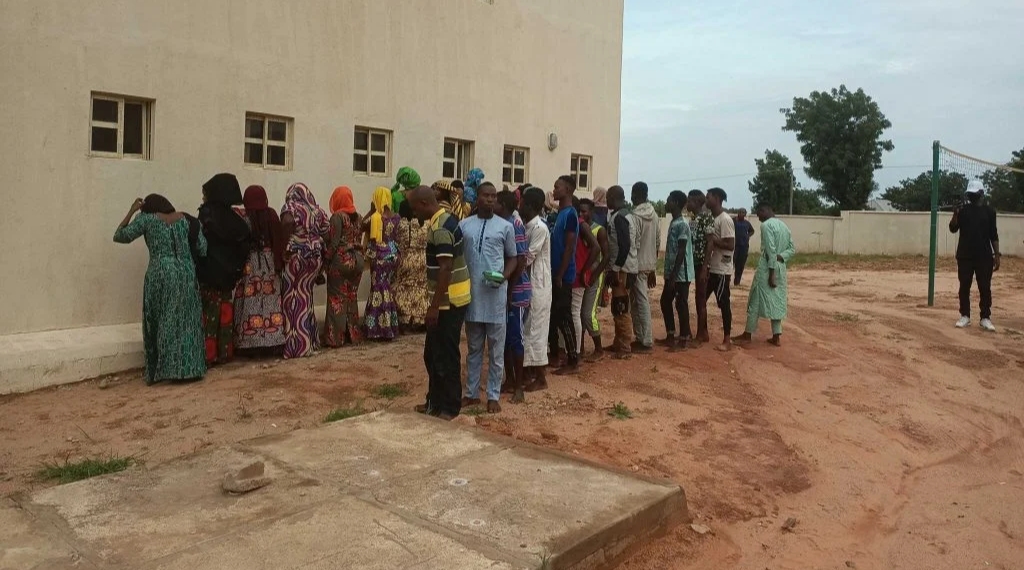 Addressing journalists on Tuesday at the state command, Commandant Waziri Goni said they posed a serious security breach, adding that the command had so far closed over 10 of such dance houses across the state.

He disclosed that aside been involved in the said illicit dance, the entertainment house served as an avenue for young girls to practice prostitution, stressing that many of them came from neighbouring states.

Goni said, “They call the place Gidan gala but actually at the end of the day, they have their boyfriends, they will go with them. 95 per cent of them are teenagers around 17 years, hardly will you find 20 to 22 years old, and the place has been existing over a long time. For the owners, they registered the place for trading and merchandise and now they operate as hotel and play ground.”

The Commandant disclosed that some of them were married for about one week before jettisoning their marital vows to come into Gombe State.

He added, “They are from Adamawa, Borno, Plateau, and Taraba states. Most of them are from the North-East, just one or two are from Kaduna and Jos. If we don’t deal with this issue, it will jeopardise and create problem for the entire population.

“It is a serious threat, these are things that give rise to kidnapping, robbery, cultism. Some are being lured and killed, others hide in the pretext of the play to commit crime.”

While calling on parents to monitor the activities of their children, he said, “this will bring bad image to their family. Some of the parents know that their children were involved in such things, at least, about two of them. We have to take these ones to court,” Goni added.

On his part, the Manager of Gidan lokachi, Danladi Mohammed, denied of any wrong doing, adding that participants were duly screened before being allowed in.

Mohammed said, “They used to come themselves, if they are not married, you will be allowed to perform, we don’t accept minors.”