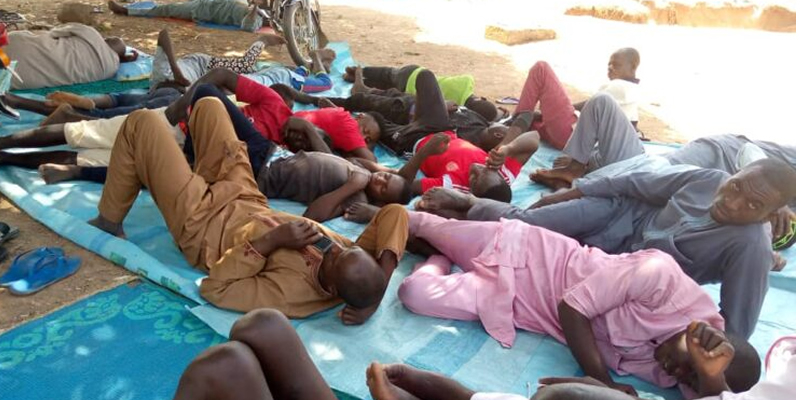 Chairman of the internally-displaced persons (IDPs) In Jibia LGA of Katsina, Sa’ad Salihu has disclosed that more than 3,000 children have been sacked from schools by bandit activities across some communities in the LGA.

Speaking to journalists on Monday, Salihu, who is also the chairman of Shimfida youth development association, said some of the children were in school when the people of the communities started running out of the area because of the bandits.

He said many of the IDPs, who are at present at Government Girls’ Secondary School, Jibia, came from Kwari, Zango, Shimfida, Tsauni, Far Faru, Tsambe and Gurbin Magariya communities.

He described the issue as “a great setback in the education sector”.

“At least, 23 women and children have died at the camp within four months, either as a result of hypertension or depression, while 35 women gave birth,” he said.

“Over 3,000 children who are currently in the camp can not have access to education at the moment.”

“From the Shimfida community alone, we have 8,000 people that are in this camp; Far Faru community, over 7,000 and about 200 are from the Zango community.

“Some of the IDPs are there in some parts of Niger Republic; all in all, about 20,000 people were sacked out of their communities by the bandits.

“But not all of us are sleeping here because of the lack of mattresses, water, mats, and mosquito nets. Some of the women go to their relatives’ houses to sleep.”

Salihu said residents have abandoned their farms and have no access to them because bandits took over the land.

He appealed to the state government to do everything possible to restore security in their communities so that they can return home.

Also speaking, Bishir Sabi’u, chairman of Jibia LGA, said many children were sent out of school in some communities.

He said the state cannot handle the situation alone despite providing “adequate relief materials to the IDPs”.

According to him, the council spends N200,000 weekly to feed the IDPs apart from the foodstuffs already provided by the state government.

Earlier in the month, the United Nations Children’s Fund (UNICEF) said data from the Universal Basic Education Commission (UBEC) showed that 536,132 children have stopped going to school in Katsina.