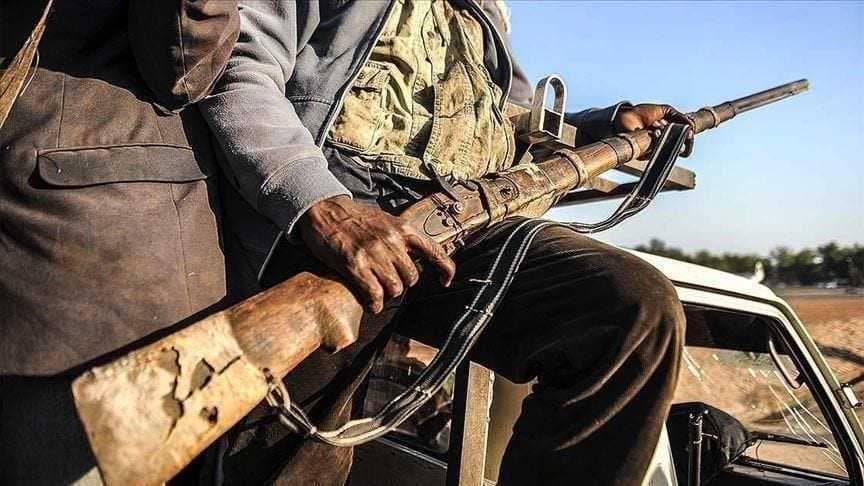 The General Overseer of Divine Promise Christian Church of God, Apostle E. S. Samuel, has narrated how kidnappers stabbed him in his thigh after they shot at him two times but the bullets did not penetrate into him.

The clergyman was abducted by gunmen, who stormed the newly established church located at Umulu Etche in Rivers State, at about 6:35pm on June 17.

Speaking with SaharaReporers, Apostle Samuel said that the kidnappers were Fulani who told him that kidnapping was their occupation and that they worked with Fulani bike riders popularly known as okada riders in the state.

Apostle Samuel said his abductors took him to several locations inside the bush in the state before settling at one particular place where they shot his leg twice but when the bullets did not enter, they stabbed him with a knife and beat him mercilessly.

According to him, the kidnappers who said they operated through informants inside the towns in the state told him that the bike riders were their informants.

The pastor said, “I was in the church when herdsmen entered the church and picked me up. It was raining heavily and they beat me up. They shot me two times but the gun did not enter, then they stabbed me and took me inside the bush and demanded N5million.

“I pleaded with them that I don’t have money and they asked me; how I can raise it and I told them N500,000 but they said it must be at least N1 million.

“They said they kidnapped me because I am a man of God and I have money. They took me to different areas inside the bush in that Umulu community, Etche before we settled at one place.

“They did not say anything till the following day when they said that somebody gave them the connection that I have money. According to them, they are herdsmen and their job is kidnapping. They speak the Fulani language.

“I had two phones – an iPhone and a Samsung phone and they said I should choose one. When I pleaded with them to leave the two phones for me but they refused and then I chose the Samsung.

“The International Mobile Equipment Identity (IMEI) of the iPhone has been submitted to the police in Abuja. According to them, they are waiting for when the kidnappers or whoever they sell it to will switch it on so that they would be able to track it.”