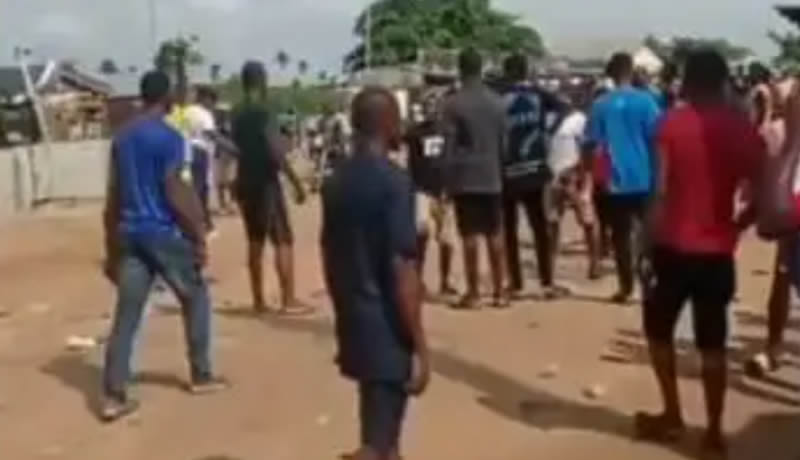 Some yet-to-be-identified Police officers in Ogun state have reportedly shot dead a truck driver and his motor boy in the state.

The shooting happened along the Itori axis of the Lagos-Abeokuta expressway on Monday.

The incident led to breach of public peace in the area as pandemonium ensued, grounding commercial activities in the area.

It was gathered that the policemen in their patrol van met the victim driving against traffic to avoid the bad portion of the road in Ewekoro Local Government, the same offense the cops were also said to be guilty of.

“When they saw the truck driver, they told him to turn back. The driver was trying to be reluctant and they shot his tyres.

“This led to an altercation and at the end of the day, the policemen shot dead the truck driver and his motor boy.

“That was why the youths of Itori blocked the road to protest the unjust killing of the driver and his colleague,” an eyewitness told our correspondent.

For hours, commuters were held in traffic without any end in sight to the traffic jam, which started building up around 4 pm.

Many motorists resorted to using a bushy alternative route, where they were compelled to ‘settle’ area boys before they could progress in their journey.

The Ogun State Police Public Relations Officer, Abimbola Oyeyemi, confirmed there was an incident in Itori.

Oyeyemi, however, said he was yet to be fully briefed about the incident by the Divisional Police Officer in Itori.