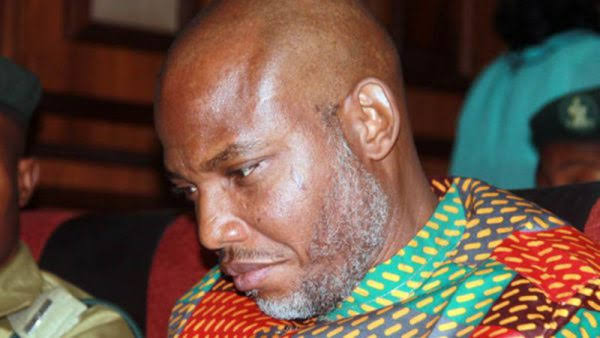 Following his denied bail application by a federal high court judge, leader of the Indigenous People of Biafra (IPOB), Nnamdi Kanu has begged for peace in the South-East region of the country.

On Tuesday June 28, Withinnigeria reported Kanu bail application was dismissed by Justice Binta Nyako of the federal high court in Abuja, describing it as an abuse of court process having been previously denied.

Reacting to the court judgement, Kanu beckoned on the people of the Southeast to “remain calm” and make the zone peaceful.

“It is what we expect. But I want our people to be very calm. I want Biafranland to be calm, calm, and very peaceful. We are fighting to defend our people, not to kill them.

“We are fighting to defend them, that’s why I’m here. And we will continue to do so until we get victory.”