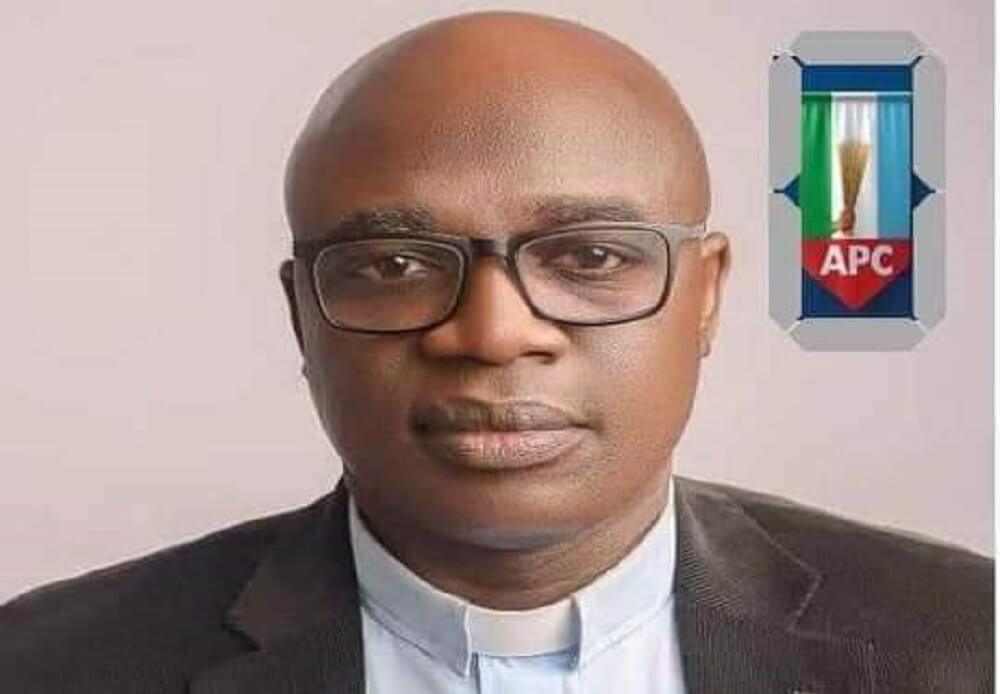 The leadership of Benue State Chapter of the All Progressives Congress (APC) has insisted that the cleric remains the candidate of the party in the state.

This is coming despite criticisms that trailed the emergence of a Catholic priest, Rev. Fr. Hyacinth Alia, as the governorship candidate of the All Progressives Congress in Benue State.

Some governorship aspirants on the platform of the APC and the state chapter of the Peoples Democratic Party had criticised the process that led to the priest’s emergence; with the PDP dragging the APC to court.

But unveiling the party’s governorship candidate on Tuesday in Makurdi, the state party chairman, Austin Agada, said contrary to the incessant propaganda raised by the PDP-led government in the state, Alia remains the party’s standard bearer.

Agada said, “I want to reaffirm to the hearing of everybody and the Benue people that Fr. Hyacinth Alia remains the candidate of the APC in the state.

“For us as a political party, we have given the Benue people the assurance that we will do nothing but what the people want. We have done primaries and the person that emerged is Rev. Fr. Hyacinth Alia.

“I believe that for us to have a common course, and the common course is for us to see a new Benue State brought back to the track of development, and not the usual side of propaganda.

“The people out there, who are not politicians, have shouted it loud and clear that the man they want for this job now is no other person but Fr Hyacinth Alia. It is our belief that we’ll come together as a political party not to disappoint the people of Benue State.”

Agada said the party governorship candidate is a bona fide member of the APC from Mbadede council ward of the Vandeikya Local Government Area of the state, adding that no other person than himself (the party chairman) could attest to the true records of the party.

The state party chairman revealed that the party had submitted its membership registers across the 23 local government areas of the state to the Independent National Electoral Commission.

“I say this with depth for confirmation that the 23 membership registration registers of our great party have been submitted to INEC”, Agada said.