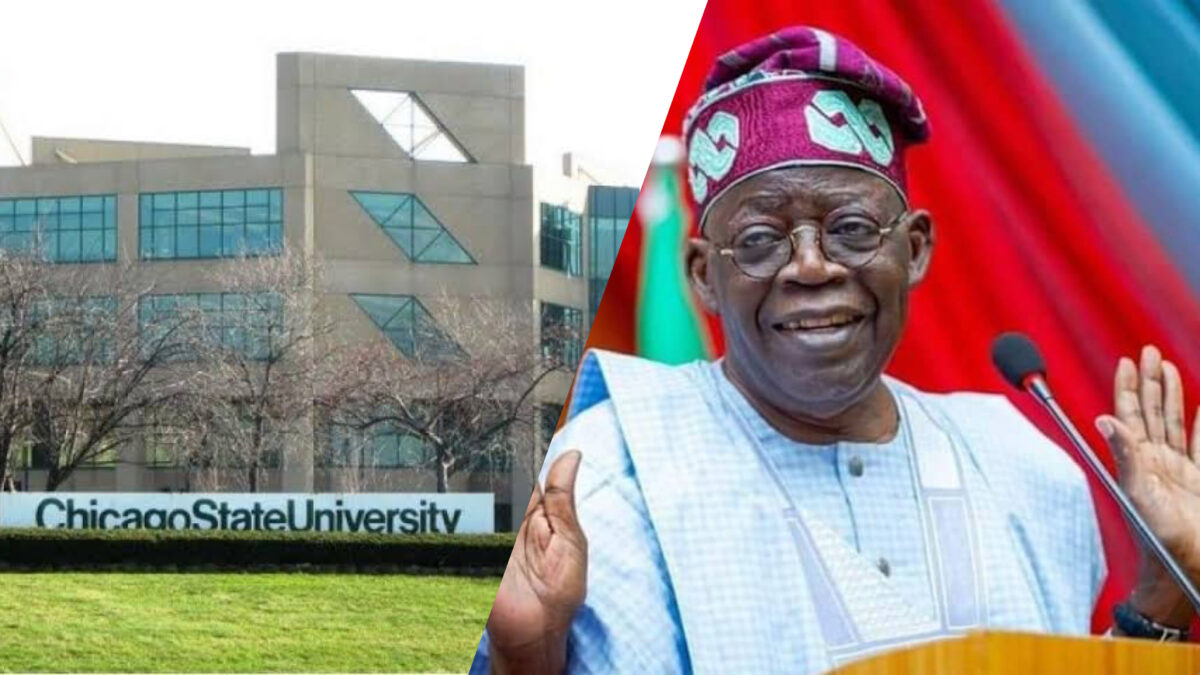 According to Peoples Gazette, Finyench said; “We have checked with our legal department and we cannot give you more than the information we have already provided,.” “Mr Tinubu attended our school and graduated on June 22, 1979. We can only say when he came in and when he graduated.”

The Chicago State University confirmed Tinubu graduated with a degree in business and administration on June 22, 1979.

The university disclosed this via emails sent to The Gazette amid the uncertainty about the former Lagos state governor’s educational past.

Recall that Tinubu through an affidavit disclosed to the Independent National Electoral Commission (INEC) that he did not attend primary and secondary schools.

The disclosure was made via an affidavit submitted by Tinubu to the electoral body as part of his eligibility filings for the 2023 presidential elections.

The former Lagos governor claimed he was on self-exile from October 1994 to October 1998 and that his credentials had been stolen from his home before he returned.

“When I returned I discovered that all my property, including all the documents relating to my qualifications and my certificates in respect of paragraph three above, were looted by unknown persons,” said Tinubu.

The current claims made by the APC chieftain are at odds with previous declarations made by him. In 1999 and 2003, when Tinubu ran for office as a governorship candidate in Lagos, he claimed both times that he attended primary and secondary schools.

He said he attended St Paul Children’s Home School, Ibadan, between 1958 to 1964; while his secondary education was at Government College, Ibadan, between 1965 to 1968. From Ibadan, Tinubu said he went to Richard Daley College, Chicago, from 1969 to 1971.