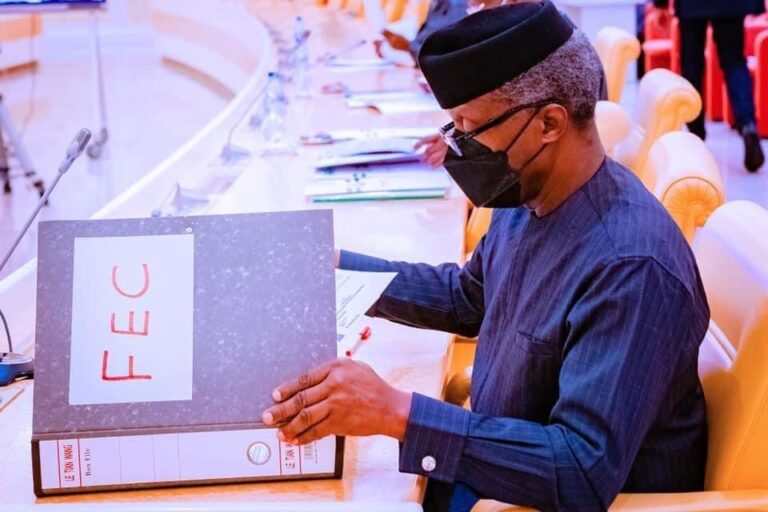 Osinbajo made this known on Wednesday when he hosted a delegation from the Kuje interfaith community, led by Sam Ogbodo, senior pastor of Kings Palace Church International.

The vice-president met the religious leaders at the presidential villa, Abuja.

According to a statement by Laolu Akande, his spokesman, Osinbajo said Nigeria is facing a problem of uniting her citizens of different religions and ethnic affiliations.

“One of the fault lines that we have is religious divisions and the tensions that are created when religious leaders do not act responsibly enough in bringing together men and women of different faiths,” Osinbajo was quoted as saying.

The vice-president also commended the religious leaders for bringing certain issues to the attention of the government, adding that it is the responsibility of the government to deliver on sustainable development.

“One of the major issues that our country has to face is unity of our people – unity of the ethnic groups and unity of the faiths,” he said.

“Everyone has a right to their faith. Constitutionally, there is freedom of worship, but it is leadership that must deliver on the most important thing; the government must deliver on services, development issues.

“Development and civic leaders like yourself must bring this to the attention of the government, as you are doing, and must champion these causes on behalf of the people. And I think that this is a real model for the rest of the country to follow.”

On his part, Ogbodo commended the vice-president for championing the cause of poor Nigerians, and appealed to the federal government to expedite action on the dualisation of the Kuje-airport road, as well as the completion of other ongoing projects.