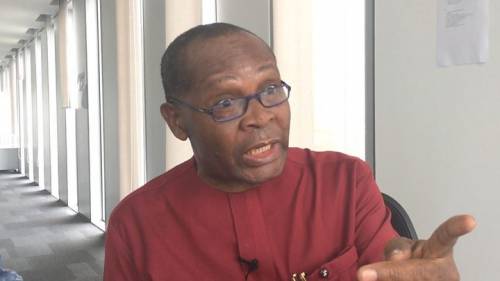 Joe Igbokwe, the Special Adviser for Drainage and Water Resources to Lagos State Governor Babajide Sanwo-Olu has stated that he would have been a native doctor in the Aba area of Abia State.

If not for Lagos State, according to Igbokwe, he would be chasing lizards in Aba as a native doctor.

The staunch supporter of the All Progressives Congress, APC, presidential candidate, Bola Tinubu, made the remark via his Facebook page.

He stated that Lagos State is the city where people from the Southeast are transformed from impoverished to prosperous.

“LAGOS, If not for Lagos, somebody like me, will be in Aba chasing lizards to use as a native doctor. LAGOS….

“You come to Lagos with a nylon bag and go back to Ibo land with Rolls Royce.

“Abeg, pray for Lagos make e no spoil o, If Lagos spoil, all of us don enter Gbege o…

“Musings of a grateful South Easterner living in Lagos,” he wrote.

Igbokwe, who hails from the Southeast, is known to support Tinubu’s presidential ambition.