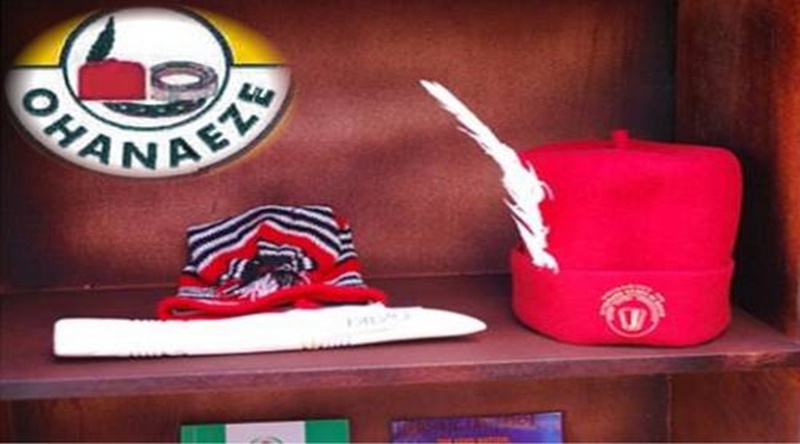 Some Nigerian political leaders have been accused of  “successfully orchestrating” to deny the South-East region from producing the 2023 president.

The President-General of the apex Igbo socio-cultural Ohanaeze Ndigbo, Prof George Obiozor, made the accusation as he urged the South-Easterners to stop wailing about the political conspiracy against Ndigbo by political elites in the just concluded presidential primaries of the All Progressives Congress and the Peoples Democratic Party.

The former Nigeria’s Ambassador to the United States of America, stated that the political manipulation would end in a pyrrhic victory for those who rejoice and celebrate injustice.

The Ohanaeze President was reacting to the presidential nominations by the mainstream political parties which denied South-East the chance to produce the Nigeria President in 2023 through their platforms despite the obvious injustice against the region.

However, Ohanaeze President General in a statement made available to SaharaReporters on Saturday, titled “What Does Nigeria Want From Ndigbo?” said Igbos should wait for the verdict of history.

According to him, “Now, it is clear that the Nigerian national political elites have successfully orchestrated to deny the South East an opportunity to produce the president of Nigeria come 2023.

“By this machination, some Nigerian leaders have demonstrated gross historic injustice towards Ndigbo, beyond our expectations.”

Obiozor who is in Dubai hospital receiving medical treatment, noted that Nigeria, by deliberate injustice has failed the Rotary Club International four-way tests.

“For Ndigbo, I urge us not to lament much but wait for the verdict of history. In the end, this political manipulation will end in a pyrrhic victory for those who rejoice and celebrate injustice.”

The former Nigeria’s Ambassador, expressed his gratitude and appreciation to all those Nigerian statesmen and patriots across the country, who supported the idea for the South East to produce the president of Nigeria in 2023, based on Nigerian proven history of rotation of power between the north and the south as well as commitment to equity, justice and fairness.

Obiozor, who conveyed his statement through his spokesman, Dr. Alex Ogbonnia asked a rhetorical question: “What does Nigeria want from Ndigbo?”