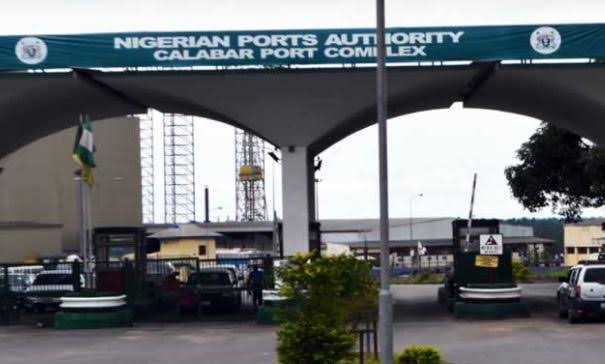 Mohammed Bello-Kolo, Managing Director of the Nigerian Ports Authority has disclosed why the dredging of the Calabar channel to allow bigger vessels to berth has not been carried out.

This was stated on Saturday by Bello-Kolo in Calabar, the Cross River capital, while on his maiden visit to the Calabar port to inaugurate a safety station and a boat, and also to meet with the management of the port.

Bello-Kolo who promised the staff salary increase in view of the prevailing economic situation in the country, told journalists, “As you are aware, the contract for the dredging of Calabar channel was awarded many years ago but there is a litigation between the Nigerian Ports Authority and the contractor that was awarded that contract.

“And this has inhibited our ability to dredge the channel. What has happened in recent times is to look for out of court settlement.

“So, the Nigerian Ports Authority working with the Federal Ministry of Transportation and the Federal Ministry of Justice have resumed discussion in terms of how to settle out of court.
“That has to be done either to return the same contractor to continue dredging or appoint a new channel management to do the dredging of the channel.”
He added, “That is one of the reasons why we came here to meet terminal operators to reassure them that the government is taking all the necessary steps to ensure that the issue is resolved as soon as possible.”
He said despite the state of the channel, imports could be “brought to Calabar port rather than being taken to Lagos. We have been discussing with shipping companies and the consignees themselves,” adding that the ship that berths with over 200 trucks and equipment was a product of such efforts.
He expressed satisfaction over the ISO certification of Calabar and Onne ports, adding that other ports would soon be ISO certified.
Earlier, the manager of Calabar Port, Festus Olumati, in his welcome address, reeled out some achievements, among which are the increase in the number of ships received to 72 in the first five months this year and, evicting illegal squatters in over 160 hectares of the port land, improved revenue generation up to N645. 7m in the same period, among others.
He listed the challenges the port is facing to include “low depth of the Calabar Port Water Channel requiring full dredging, collapsed berth at the Shoreline Jetty, abandonment of Delta Queen Rig since 2012,” among others.
Share