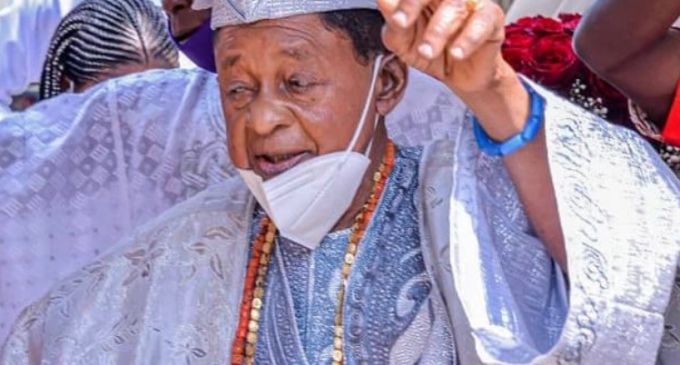 Olori Kafayat, one of the wives of late Alaafin of Oyo, Oba Lamidi Adeyemi, has passed away.

According to PUNCH, she died on Friday night.

Olori Kafayat was the mother of Prince Adebayo Adeyemi, popularly known as D’Guv.

Details of her death were still sketchy as of the time of filing this report, but the Director of Media and Publicity at the Alaafin Palace, Mr Bode Durojaye, confirmed it to her demise.

He said, “She died in the United States of America”

Oba Adeyemi had died on Friday April 22 at the Afe Babalola University Teaching Hospital, Ado Ekiti, after a brief illness at the age of 83.

Oyo is yet to get another Alaafin after the demise of Oba Adeyemi.