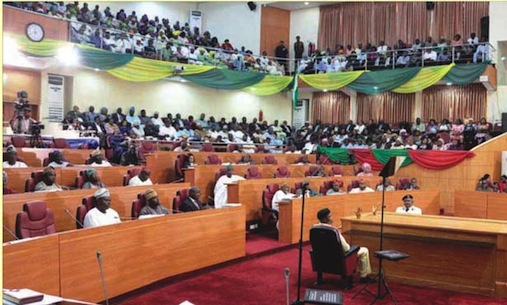 On Monday, security personnel took control of the Bauchi State House of Assembly complex to prevent the breakdown of law and order.

The intervention comes three days after 22 irate Assembly members demanded the leadership of the House resign or face impeachment in a vote of no confidence.

The rebels gave incompetence and neglect of duty as their justifications.

“Some unknown persons last night (Sunday) had attempted to burn the House complex as a result of which the security persons have taken over the place to avoid a break of law and order,” Burra stated.

“Immediately I was contacted, I informed the state commissioner of police on behalf of the state government for necessary and prompt action. He too immediately mobilised personnel to the complex to ensure that no damage is done.”

“As you are aware, the crisis is that of the leadership of the House, not against the Executive,” Burra clarified.

“We are trying to pacify the 22 lawmakers to wait for their colleagues who are presently on pilgrimages to Saudi Arabia and Israel before they will do whatever they want to do.

“However, we have on authority that the 22 aggrieved members of the Assembly have insisted on going ahead with the impeachment and elected new leaders. They are now waiting to gain entrance into the chamber to carry out the procedure.”