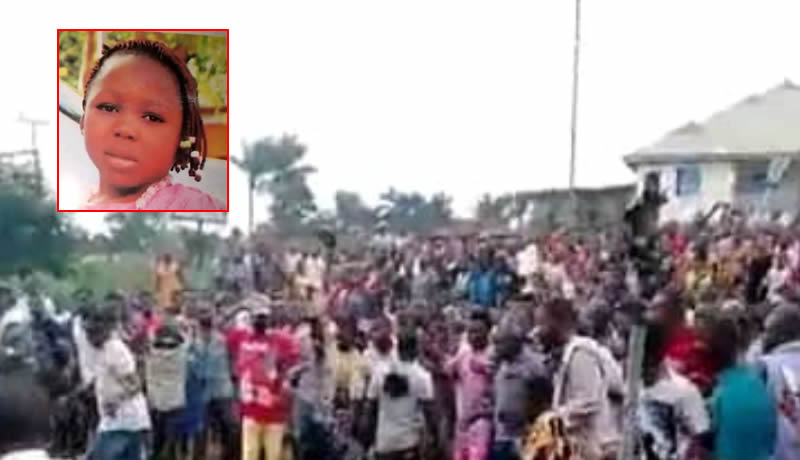 Two suspected ritualists whose identity are yet to be ascertained at the time of the press have been set ablaze by irate youths of Ede-Oballa community, Nsukka local government area of Enugu state on Monday following the allegation of killing and removing private parts of a little girl in the community.

WITHIN NIGERIA gathered that the girl was the little daughter of late  Igwe Philip Ugwu of Umuidu and was allegedly killed and her private parts removed.

Our source revealed that the girl was said to have been murdered last week and when the youths saw how her body was mutilated, they vowed to get to the roots of the matter at all cost.

Explaining  further our source stressed that ” last week, these youths went out of their way and consulted a native doctor who told them those behind the dastardly act. They came back and confronted the suspects who confessed to their wrongdoing. They pleaded for forgiveness but these youths were already angry with them.” 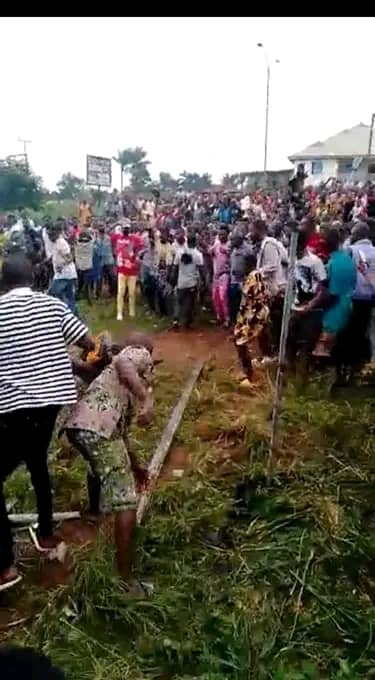 Our source stated that “on Monday morning, when the youths discovered that these suspects were about to run away from the community, they waylaid them, dragged them out from their houses and set them ablaze along Nsukka/ Enugu road.”

Within Nigeria source also explained that ” the youths have carried out this justice method because they know that if the matter gets to the police station, that will be end of it. Many serious issues like that have died under the police justice system.”