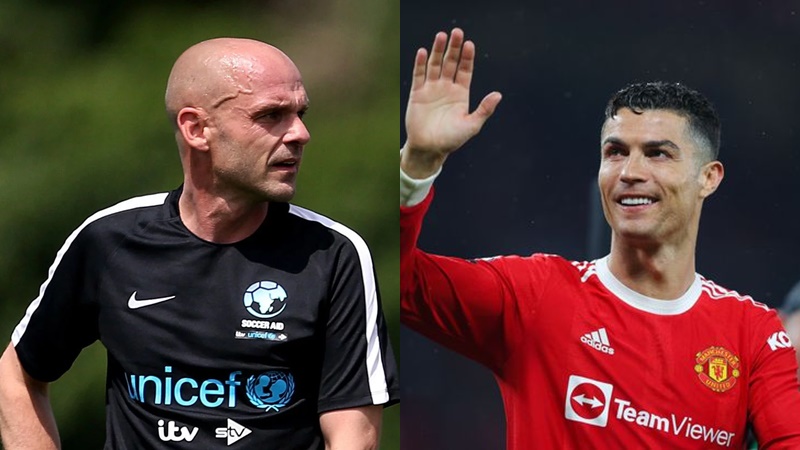 Former Tottenham star, Danny Murphy has revealed why Cristiano Ronaldo’s departure from Manchester United could be a blessing in disguise.

Danny Murphy said Cristiano Ronaldo should only be allowed out of Old Trafford on conditions that  Manchester United have signed his replacement.

Speaking further, the former England star said Cristiano Ronaldo’s departure could be a blessing in disguise if well managed.

Asked if he thinks Ronaldo will play for the Red Devils again, Murphy told talkSPORT, “What my key question is about who they bring in instead of him.

“If they let him go without replacing him, which would be ridiculous, then obviously they can’t let him go if they’ve got nobody in mind who can come in and score a decent amount of goals.”

He said the Red Devils must get someone who is experienced enough and good enough to lead United’s attack.

The Portuguese 24 goals last summer could not help the Old Trafford landlords qualify for the Champions League and the 37-year-old would not play for a club outside the competition.

“I wouldn’t be letting Ronaldo go until you get someone through the door,” Murphy insists, adding that “Ultimately, I think it’s a blessing in disguise.”