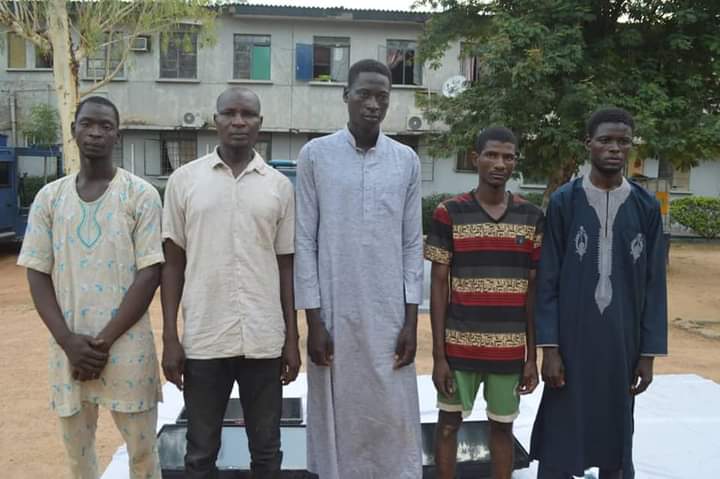 Kano State police have apprehended A group of armed robbers terrorizing residents of the Kano metropolis.

SP Haruna Abdullahi Kiyawa, the command’s spokesman, revealed this in a statement sent to newsmen.

He stated that this was in response to a public outcry regarding the activities of a syndicate that specialized in home invasion and armed robbery at Tishama Hotoro Quarters in Kano.

However, CP Sama’ila Shu’aibu Dikko, the state’s chief of police, organized and directed a team from Operation Puff Adder to apprehend the offenders.

He explained that the team immediately swung into action and succeeded in arresting all the syndicate members.

Dikko said the state Commissioner of Police has directed for discreet investigation, after which the suspects will be charged to court for prosecution.