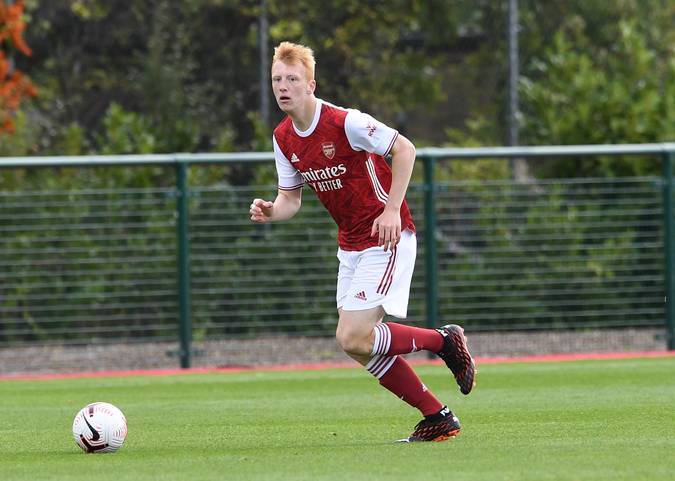 Taylor Foran, a defender, has officially signed his first professional contract with Arsenal, the club has announced.

This was revealed by The Gunners on Tuesday in a statement posted on their website.

The statement partly read, “Taylor Foran has signed his first professional contract with the club.

“The 18-year-old central defender joined us in May 2012 and has shown his natural leadership qualities on several occasions.”

Taylor burst onto the scene with Arsenal’s U-23s back in October 2020.