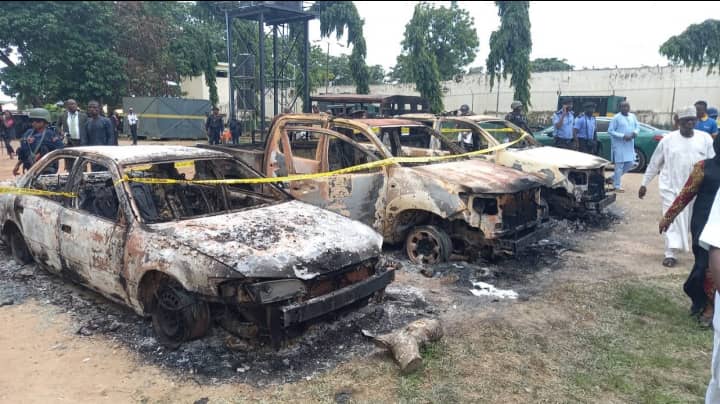 At least six bodies of persons who died in the attack on the Kuje Correctional Services Centre, Abuja by the dare-devil terrorists have been evacuated by prison officials.

According to Sahara Reporters, six bodies that were dumped on the floor of the premises of the building and covered with blankets were counted at the scene of the attack.

Some of the bodies were also sighted at the security post of the facility including that of a Nigerian Security and Civil Defence Corps officer.

The bodies were seen being loaded inside a blue Hilux parked inside the building but journalists were prevented from filming them.

Though the identities of those who lost their lives in the attack could not be ascertained as of the time of filling this report, seven vehicles were burnt by the attackers.

Some of the bullets shells used by the attackers were also recovered at the scene of attack.
CHECK THIS ALSO:

The Minister of Federal Capital Territory (FCT), Mohammed Bello who visited the scene a while ago assured the residents that the fleeing inmates would be recaptured with the cooperation of the communities.
He urged the residents in the area to cooperate with the security agents in gathering of intelligence. 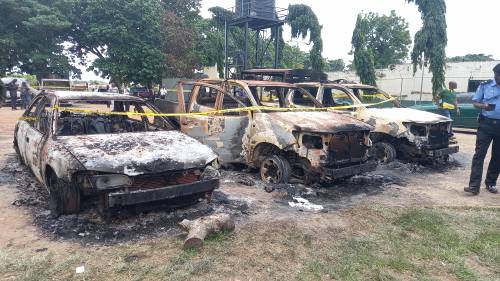 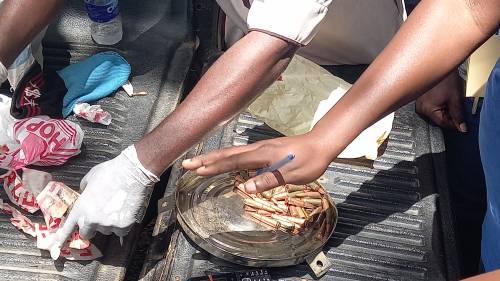 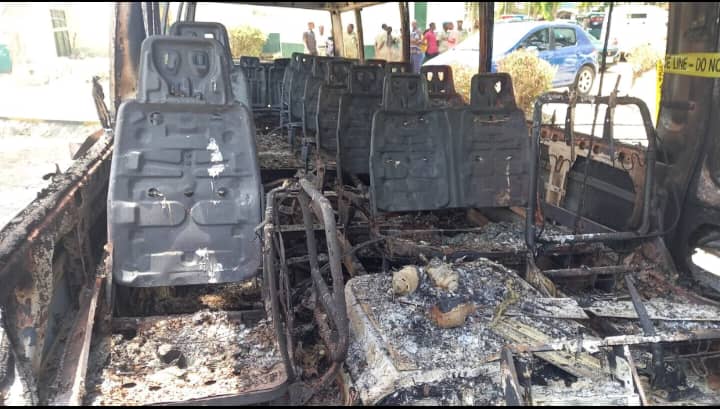 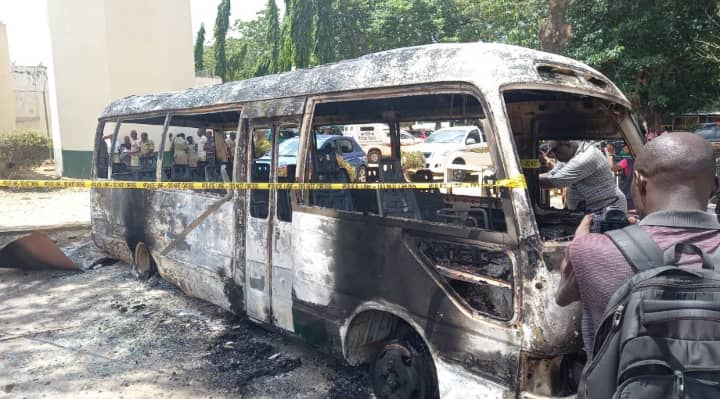