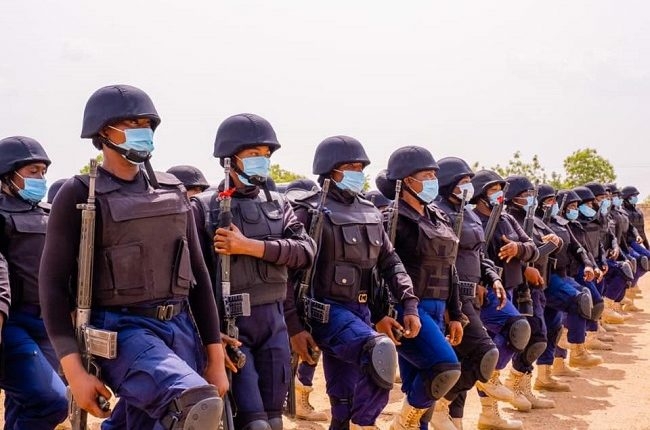 A new commandant of the Nigeria Security and Civil Defense Corps, Mr Suleiman Mafara, has been posted to head the command in Akwa Ibom State.

A statement by the command’s Public Relations Officer Mr. Friday Ekerete on Thursday said Mafara, replaced Mr Abidemi Majekodunmi who has since been redeployed to NSCDC headquarters in Abuja.

“He took over the reins of the command from Comdt Abidemi Makekodunmi who has been redeployed to NSCDC National headquarters, Abuja.

“The official handover of the command took place on Wednesday, July 6 at the state command headquarters, Uyo.

“The new commandant thanked his predecessor for his contributions and achievements while he held sway and promised to build on the structure on ground while delivering on the mandates of the corps for the benefit of Akwa Ibomites and Nigeria as a whole.

“A native of Talata Mafara in Zamfara state, Mafara is a Registered Nurse and holds a Bachelor of Science degree in Political Science and a Masters degree in Public Administration both from Usman Dan Fodio University, Sokoto. He also holds a PhD in Naturopathic medicine.

“He is a pioneer staff of the Corps who has risen through the ranks and held a number of command and strategic positions,” the statement added.