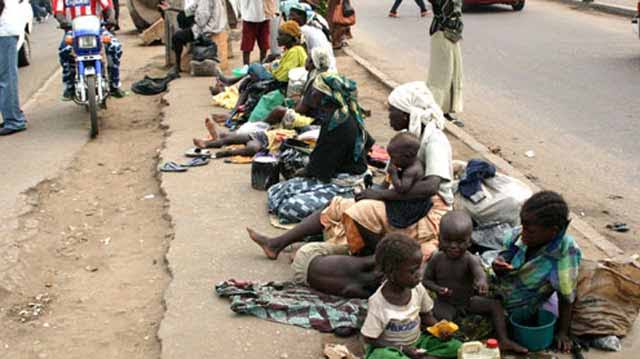 The Kwara State Government on Thursday began the evacuation of beggars from streets in the Ilorin metropolis.

The evacuation exercise which began very early in the day saw officials of the Ministry of Social Development packing beggars from Gerin Alimi, Offa garage, Challenge, Post office, Unity road and General Hospital roundabout areas where they used to converge to solicit for alms.

A statement signed by the ministry’s Press Secretary, Adesikeola Ajiboye, said that the State Commissioner for Social Development, Abosede Aremu, who led the evacuation exercise reiterated the state government’s commitment to rid Kwara streets of beggars.

The statement said that Aremu led the Rehabilitation Unit of the ministry to some strategic areas of the capital city to rid them of beggars.

“Cleanliness is next to Godliness. We must keep Kwara safe and clean for all and sundry. The activities of these beggars have been sabotaging the State Government’s efforts in keeping the environment clean,” the statement quoted Aremu to have said.

She explained that the evacuation exercise was a sequel to an earlier ban on street begging announced in January of this year, adding, “We have a law in place prohibiting street begging and we will not relent in enforcing it on erring violators”.

The Permanent Secretary, Rebbeca Olanrewaju, stated that as the evacuation is taking place the beggars will also be repatriated back to their different states.

In his remarks, the ministry’s Deputy Director of Rehabilitation, Taiye Ikupolati, stated that the evacuation exercise was conducted in a bid to curb the ugly act of street begging in Ilorin.

“Activities of these beggars have led to avoidable road accidents. Wherever they converge in large numbers, they cause environmental infractions. It is always an eyesore,” the statement quoted Ikupolati to have said.