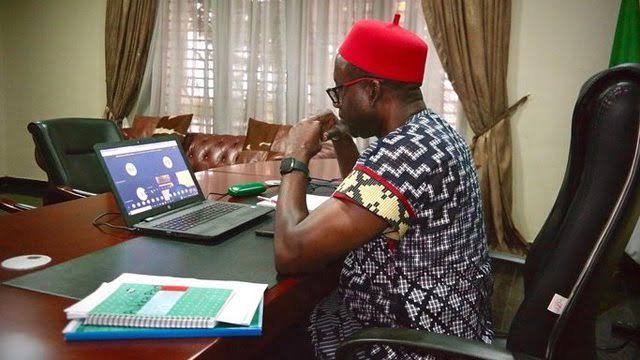 Gov. Chukwuma Soludo of Anambra has dismissed allegations of budget padding for some projects by margins as wide as 300 per cent in some ministries

This is contained in a statement by his Press Secretary, Christian Aburime, on Thursday.

‘For clarity, it is important we state that we are not oblivious of the diversionary antics of those whose lucrative criminal enterprise is being smoked out by the renewed fight against all forms criminality in the State, housed in various camps and bushes perpetrating heinous crimes.

”Anambra no longer has free money to feed the greed of those whose source of livelihood is government money and patronage as a result of free oil money which sadly stopped while assuring that there will be value for every penny spent.

”The claims that the commissioner for works refused to appear before the House of Assembly to defend his ministry’s budget on June 29 is false.

”We owe it as a duty to Anambra to ensure that every penny of our borrowed funds is accounted for, and deployed to building quality infrastructure, and not for consumption.

”On the cost of the road per kilometer, it is funny that the unknown writer is using propaganda and deceit to hoodwink the unsuspecting public.

“How do you start talking about the cost of contracts for roads currently being designed and contracts not awarded, of course people always judge others by their own standards,” he stated.

Soludo went further to provide cost trend of road projects executed in the state which he said ranged from above N200 million to as much as N1 billion per kilometer in 2018 when diesel was N120 per litre and a tonne of asphalt, N18,000

He said though the cost of diesel and asphalt had risen to N850 per litre and N65,000 per tonne in 2022, his administration would deliver quality and durable roads at the cheapest possible price.

The governor said the roads under design were planned to last for at least 15 years under heavy axial loads.

“It is important that we place it on record for the purposes of our employers and to whom we are accountable, that the previous administrations awarded roads with the cost per kilometer varying from above N1 billion to a little over N200 million.

“It is also on record that none of our predecessors awarded any road for less than N200 million per km.

“Of course, one can even get a road for less than N1 million by spreading sand and lean asphalt on it to be washed away within one rainy season.