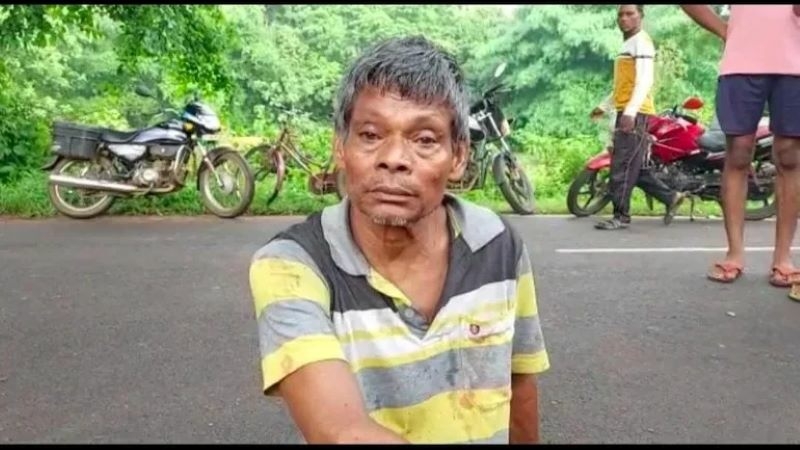 A 55-year-old Nakaphodi Majhi, has been arrested by the police for beheading his wife,45, after suspecting her of having illicit relation in India.

Nakaphodi while he was walking with the severed head to Gonida police station in Dhenkanal district.

The incident happed in Chandrasekharpur in Odisha’s Dhenkanal district in the early hours of Friday, July 15.

The spine-chilling video of the man walking with his wife’s severed head has gone viral on the Internet.

The accused, a native of Chandrasekharpur village under Gondia police station was married to his wife, Sachala Majhi for 25 years. They have two children who stay outside the village.

Police said Nakaphodi suspected Sachala’s fidelity and often picked up fights with her. Following disputes between the couple, they spent most of the time quarrelling with each other.

Around 3.30am to 4am on Friday morning, Nakaphodi killed her by slitting her throat with a sharp weapon (Katuri). Then he beheaded her and reached Gondia police station with the severed head to surrender, police said.

On the way, some people nabbed him at Jankira village under Joranda out post and informed the matter to Joranda police.

On getting information, Joranda police reached the spot and detained the accused. Police also seized the weapon and the head.

Further investigations are on.