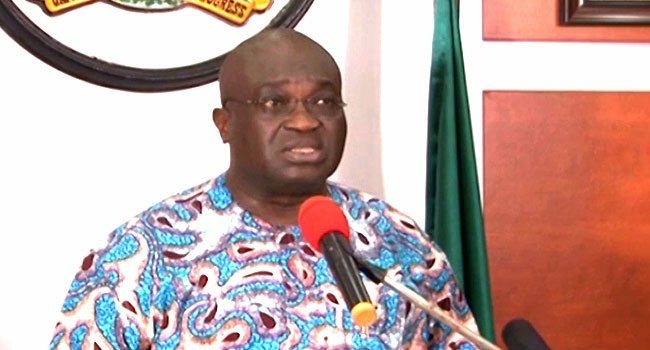 This was disclosed by the Commissioner for Information and Strategy, Eze Chikamnayo while briefing the press on the outcome of the executive Council meeting in Government House, Umuahia.

He said that the Ikpeazu-led government has consistently remitted about 92 million naira monthly within the past 78 months of his administration, adding that the problem of the institution is poor management and self-inflicted.

According to the Commissioner, the Abia Polytechnic is an autonomous body set up by law as the government does not recruit for them nor has the institution ever paid any money into the coffers of the government.

He explained that the Board and Management of Abia Poly were expected to uphold best practices but noted that instead, there has been successive abuse of best practices in the institution.

He assured that the government is engaging with all stakeholders to ensure that within the next one month the polytechnic gets back its accreditation in all courses as a high-powered committee has been set up in that regard.

Dr. Chikamnayo further disclosed that government is leaving no stone unturned to sanitize Abia Polytechnic and other parastatals in the state and urged all managers of parastatals and other semi-autonomous Boards in the State to buckle up, warning that government would not hesitate to slam its hammer on any Board whose activities bring embarrassment to the government.

He advised the National Board for Technical Education, not to take up the job of trade unions as issues of welfare are within the purview of the union leaders.