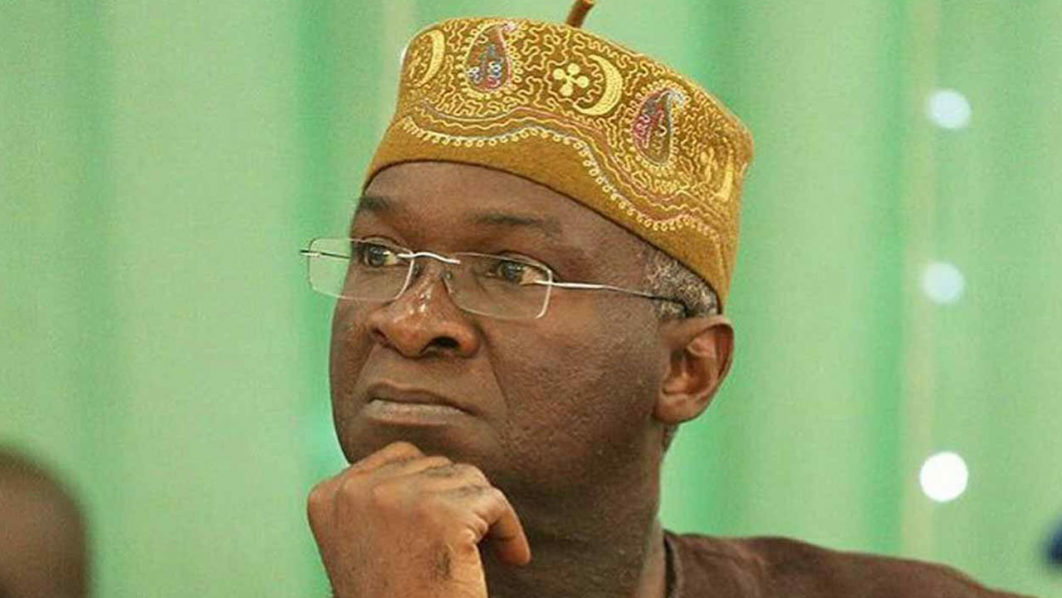 The Minister of Works and Housing, Babatunde Fashola, SAN, yesterday said that Nigeria was not broke.

The former governor of Lagos state, disclosed this on a programme on Channels television.

While fielding questions from Seun, programme anchor, the eloquent minister argued that being indebted and being able to service your debt in conventional finance is not being broke.

Recall that the Minister of Finance, Budget and National Planning, Zainab Ahmed, last week warned that urgent action is needed to address the nation’s revenue challenge and expenditure efficiency at both the national and sub-national levels.

Report sighted by Journalists showed that gross oil and gas federation revenue for the first four months of the year was projected at N3.12 trillion but as at April 30, only N1.23 trillion was realised, representing a mere 39% performance.

However, reacting to the indebtedness of Nigeria, the Honorable Minister opined: “To the best of my knowledge, Nigeria is not broke. Being indebted and being able to service your debt in conventional finance is not being broke.

“In any event you have to understand that the business of lending itself is a profitable business. So if nobody contracted debts where will all the banks and other financial institutions be? Where will they throw all the people they employ?

“So this is a matter of credit rating and credit reputation. It is this home economics mentality that I cannot take debts that led us to take 12billion dollars cash to go and payoff a debt we could have rescheduled, renegotiated when our infrastructure was dying. That mentality must leave our table.

“All the big nations we want to compete with are contracting debts to build their infrastructure and stand in competition. As long as you can service your debts, you are good.

“I can conveniently tell you that I am not the Nigeria’s minister of Finance; my job is to spend the money not to earn it.

“I am concerned and every responsible Nigerian should have his eyes on the debts and should be concerned.”