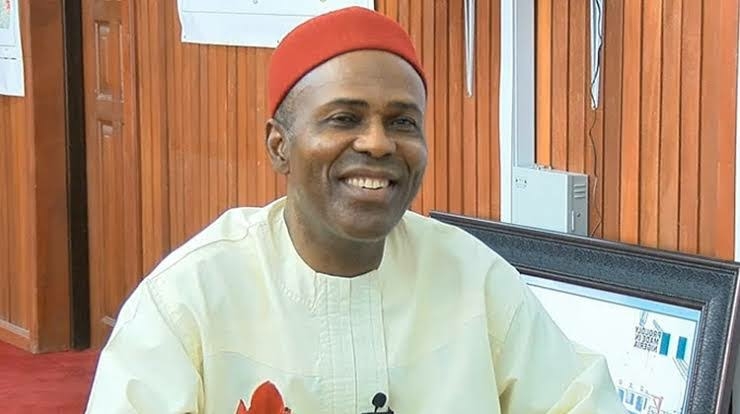 Onu, a former National Chairman of defunct All Nigerian Peoples Party (ANPP), one of the political parties that merged to form the All Progressive Congress (APC) in 2013 noted that he remains a loyal member of the APC, and will never engage in any form of anti-party activity.

In a statement he personally endorsed and released on Wednesday, Onu described the attempt to associate him with the Labour Party as “mischievous, wicked and unfortunate.”

He noted that the person of Dr Ogbonnaya Onu is different from Dr. SKC Ogbonnia, who reportedly endorsed the Labour Party and its candidate. He therefore urged the general public to note the distinction.

The statement reads: “Early this morning, many national newspapers carried the story of the endorsement of the Labour Party Presidential candidate by one Dr. SKC Ogbonnia, who was reported to have contested for the APC Presidential Primaries in 2019. My attention was drawn to an article in circulation relating to that same story but captioned with my name, Dr. Ogbonnaya Onu, instead of the name of the person who had issued and signed the statement. My surname is Onu and not Ogbonnia. My other name is Ogbonnaya and not Ogbonnia. The initials SKC are not mine. I never contested for the Presidential Primaries of the APC in 2019. Dr SKC Ogbonnia is a completely different person from Dr Ogbonnaya Onu.

“In my long political carrier, I have never changed my political party. I have also never been involved in any anti-party activity. It is also important to remember that I served meritoriously as the National Chairman of defunct ANPP that for a long time, was the largest opposition political party in the country.

“I therefore request that the general public should make the distinction between Dr. SKC Ogbonnia and Dr. Ogbonnaya Onu. The attempt to copy the statement made by Dr. SKC Ogbonnia and put my name as the caption is mischievous, wicked and unfortunate. We need a high level of civility in the conduct of politics in our dear nation.”