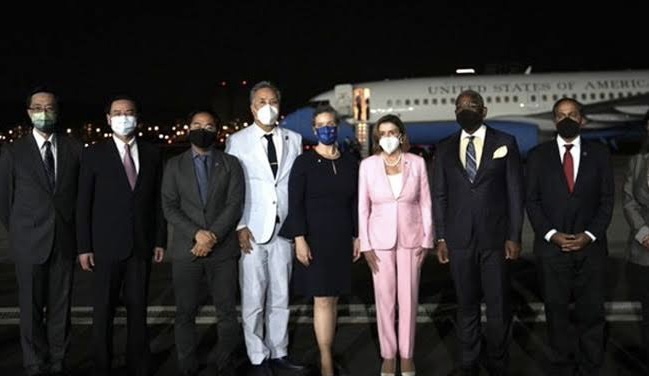 This move ended a controversial landmark visit that Beijing responded to with threats and military drills.

The 82-year-old lawmaker waved to waiting dignitaries at Taipei’s Songshan airport before boarding a US military aircraft that took off at 6 pm (10:00 GMT), live broadcasts showed.

Recall that Nancy Pelosi, Speaker of the United States House Speaker has arrived Taiwan on Tuesday evening despite the serious warnings from China that have sent tensions between the world’s two superpowers.

According to reports, live television images have shown the 82-year-old lawmaker, who flew in on a US military aircraft into Taipei’s Songshan Airport, being greeted by Taiwan’s foreign minister Joseph Wu, while landing.