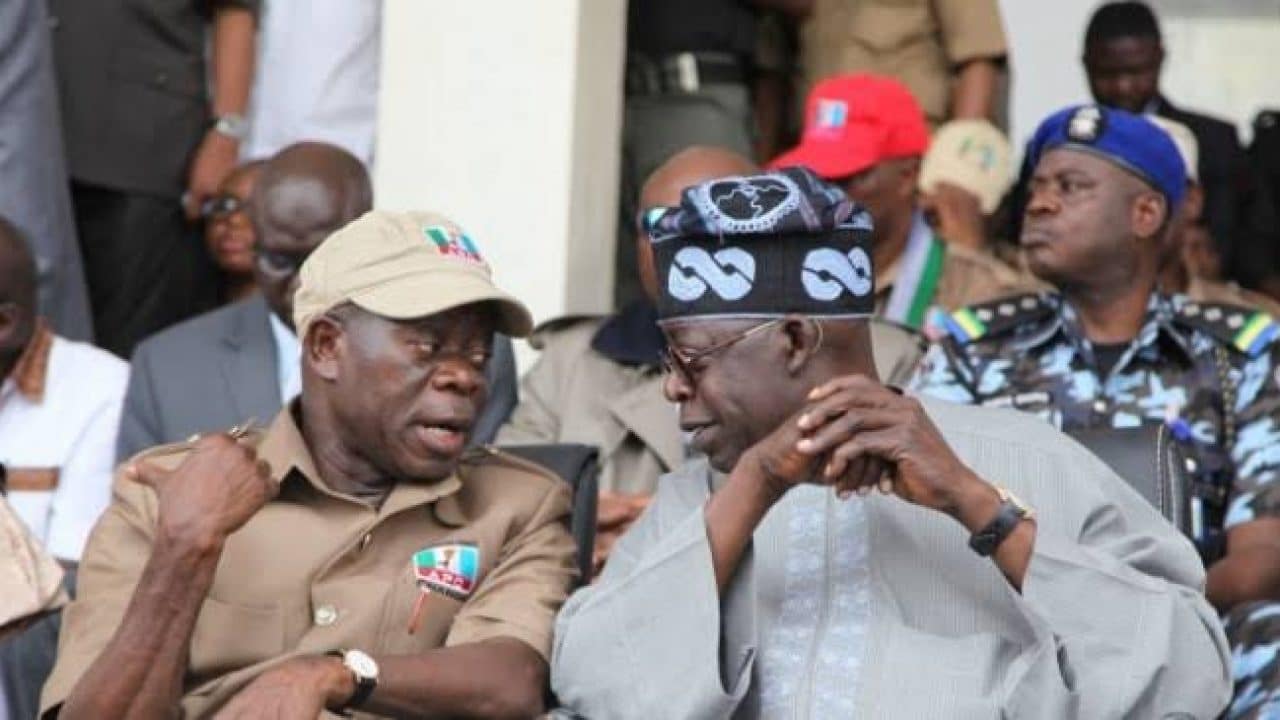 Adams Oshiomhole, former national chairman of the All Progressives Congress (APC), says Bola Tinubu, presidential candidate of the party, is an example of what Nigeria’s unity should reflect.

He said this in a recent interview with ARISE TV.

He was reacting to the concerns over the decision of the APC to field Muslims as its presidential and vice-presidential candidates for the 2023 elections.

Oshiomhole dismissed the concerns, saying religion should not be an issue Nigerians should be concerned about, but that the focus should be on track record on who can provide good governance.

The former Edo governor also said Tinubu’s relationship with his wife, Remi, who is a Christian, is enough to ignore criticism concerning the Muslim-Muslim ticket.

“Who is a better Christian in the Nigerian context? Somebody like asiwaju who has a Christian wife of about 40 years, happily married, no record of divorce, with four or five children, some of them Muslims, some of them Christians, is he not an example of what the nation should be?” Oshiomhole asked.

“The real question I thought would disturb anyone is, ‘if we have Muslim-Muslim ticket, will that affect the freedom of worship?’ If yes, then there’s a serious issue.

“If we have Christian-Christian ticket, will that affect the freedom of Muslims to worship? If yes, there is an issue.

“But the truth is that both Christians and Muslims even now worship freely. So, why should it be a problem for anyone?”