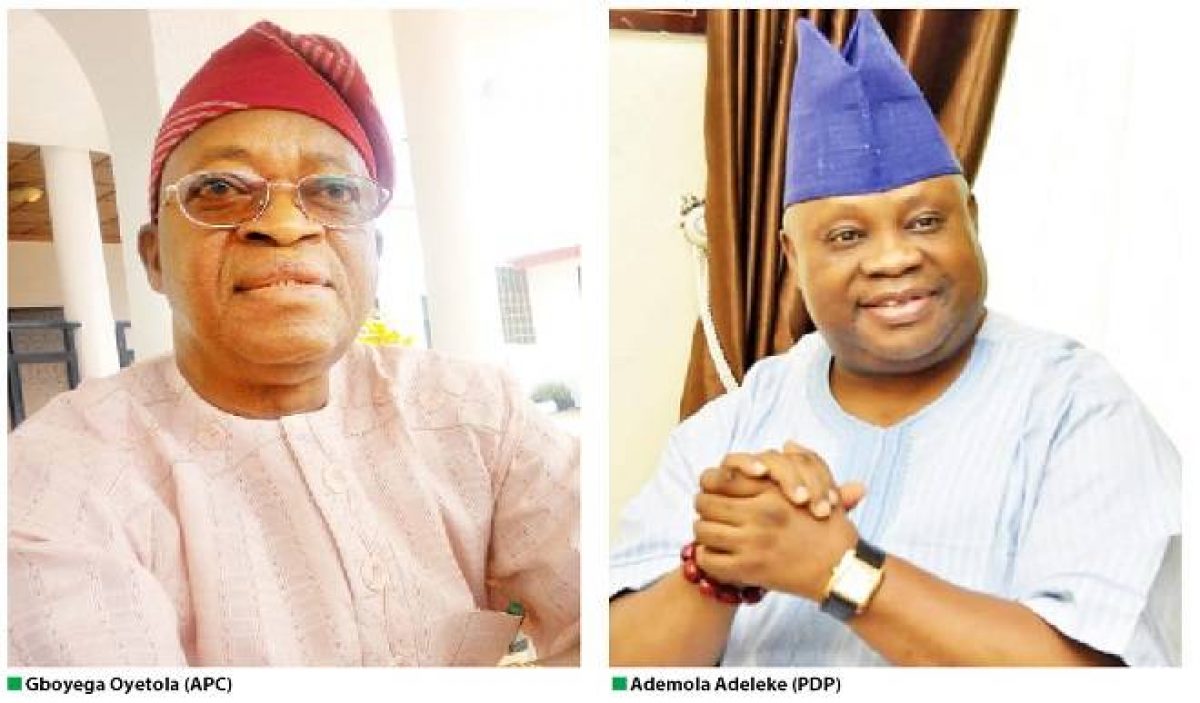 Oyetola said the election was fraught with certain irregularities and Adeleke ought not to have contested the election in the first place.

WITHIN NIGERIA recalls that Adeleke was declared winner by the INEC, after scoring a total of 403, 371 to defeat Oyetola, who got 375, 027 votes

According to member of Oyetola’s legal team, Kunle Adegoke (SAN), during an interview immediately after filing the petition in Osogbo on Friday, said the governor has assembled 50 lawyers including 10 Senior Advocates of Nigeria, listing 13 grounds on which premises Adeleke should be disqualified.

Adegoke said the election in many 749 polling units were fraught with irregularities.

The legal team, he said, have established by the petition that the election in those 749 polling units across 10 Local Governments in Osun State was characterized by irregularities pertaining to over voting.

Adegoke said, “We have nothing less than 50 lawyers, including 10 SANs that we cannot list all of them, so we have listed about 20 lawyers in the petition. We have 13 reliefs. What we are contesting is that the election is fraught with certain irregularities by which the person declared winner ought not to have been declared and the petitioner, Alhaji Isiaka Gboyega Oyetola ought to have been declared the winner on the ground that Nurudeen Ademola Adeleke was not qualified to have contested the election in the first place, having submitted forged certificate to INEC.

“So, if the election in those units is nullified and the votes are cancelled, then Alhaji Isiaka Gboyega Oyetola will have comfortable requirements of the constitution to be declared winner of the election.”