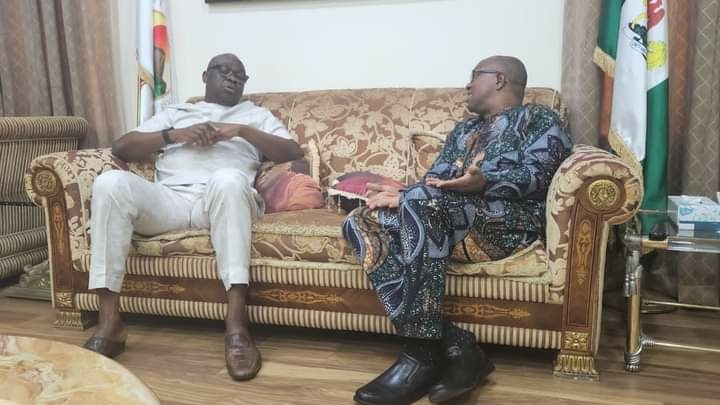 Obi met with the Peoples Democratic Party (PDP) chieftain at his Lagos home.

Fayose’s ally, Lere Olayinka, confirmed this in a post on his social media handle.

Recall that Obi dumped the PDP after obtaining the party’s presidential ticket to become the candidate of the Labour Party.

The purpose of Obi’s meeting with Fayose is not yet known, but there are insinuations that the Ekiti former governor might be planning to work for him in the 2023 election.

Fayose had earlier stated that he would not support the PDP candidate, Atiku Abubakar, over the way he and other PDP leaders treated Governor Nyesom Wike of Rivers State after the party’s primary.