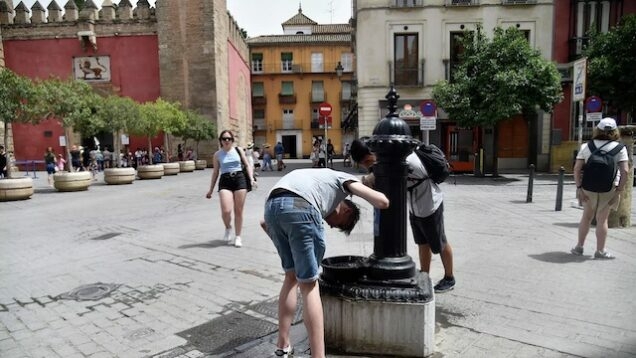 France is running out of drinking water amid a heatwave and a historic drought that is being called the worst on record in the nation.

Authorities are reportedly trucking in water to help ease the burden on more than 100 communities that lack access to clean drinking water.

According to a report by Sputnik International, Minister for Ecological Transition Christophe Béchu stated, “There is nothing left in the pipes.”

The majority of mainland France is experiencing a drought; the month of July was the driest on record since March 1961 with only 0.38 inches of rain falling there.

Some nuclear power plants have had to reduce their output because the surrounding river water is too warm to cool the reactors down.

Bushes and trees are also shedding their leaves early making the landscape appear more like autumn than summer. Irrigation has also been banned in much of the country.

The effects are expected to reverberate into an already dire food situation in Europe. Many fear that the drought will reduce crop yields this year and with imports from Ukraine and Russia already much lower than normal, prices, already high, are expected to rise even higher.

Livestock farmers in the Alps have also been forced to drive into the valley every day to collect water for their animals, adding significantly to their costs, which could increase prices for meat as well as grain and vegetables.

France is not alone in expecting lower crop yields this year. Hungary, Romania, and Bulgaria are also expected to have lower-than-expected yields due to the heatwave.