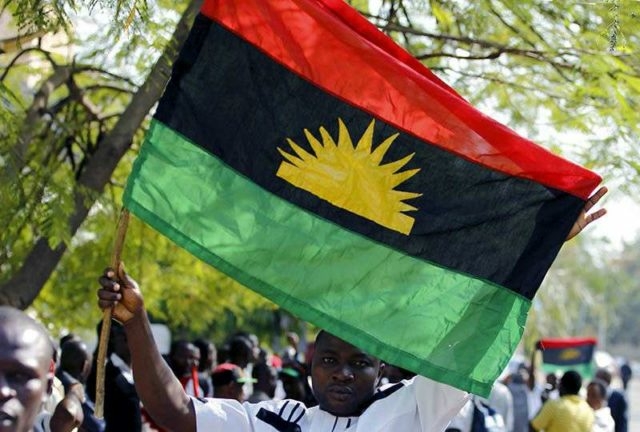 The Indigenous People of Biafra (IPOB) has announced Chika Edoziem as its new leader on acting capacity.

IPOB Media and Publicity Secretary, Emma Powerful, announced this in a statement on Sunday, stating that Edoziem would be acting pending when its substantive leader, Nnamdi Kanu, who is currently in detention in the Department of State Services facility in Abuja, would regain his freedom.

Kanu was arrested in Kenya by President Muhammadu Buhari-led Federal Government and extraordinarily renditioned to Nigeria over a year ago.

Announcing Edoziem as the interim leader of the secessionist group on Sunday, IPOB denied forming any government in exile, asking the public to disregard such information, describing it as fake news.

He said, “For the avoidance of doubt, the Directorate of State of the Indigenous People of Biafra (DOS) headed by Mazi Chika Edoziem is at the helm of affairs of the Biafra movement. Whenever our leader, Mazi Nnamdi Kanu comes out, he hands over the IPOB structure back to him.

“The DOS gives letters to our people for asylum and every government in the world accepts them and grants asylum to such asylum seekers, and they communicate with IPOB. There is no other government more than that.”

The group maintained that IPOB had legitimate and well-established institutions and a well-structured administrative hierarchy that oversaw the day-to-day running of its affairs.

It claimed that all diplomatic missions and countries of the world knew about the Biafra agitation and that they had been communicating with IPOB as the responsible authority that had been overseeing the affairs of the Biafra people, be it nationally or internationally.

The group’s statement partly read, “We the global movement and noble family of the Indigenous People of Biafra (IPOB) under Mazi Nnamdi Kanu wish to reiterate once again to Biafrans, friends of Biafra and lovers of freedom across the globe that IPOB led by Mazi Nnamdi Okwuchukwu Kanu has not set up any Government In Exile (GIE).

“We, therefore, dissociate ourselves completely from the purported government in exile.

“IPOB has legitimate and well-established Institutions and a well-structured administrative hierarchy that oversees the day-to-day running of Biafra affairs.

“Already, all diplomatic missions and countries of the world know about the Biafra agitation and they communicate with IPOB as the responsible authority that oversees the affairs of the Biafran people, be it nationally or internationally.”