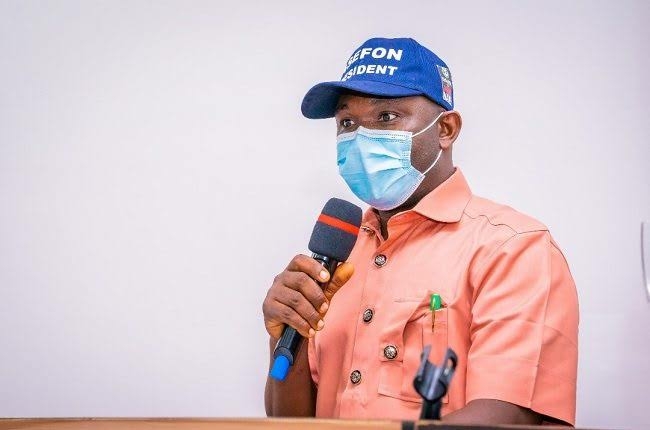 The Senate Secretariat of the National Association of Nigerian Students, on Monday, said Adedayo Asefon remained the constitutionally recognised President of the association.

The NANS Senate stated this while reacting to a recent statement claiming that NANS had fixed Friday, August 12, 2022, to inaugurate an acting National President among the two constitutionally recommended zonal coordinators of the association.

The said statement signed by the Secretary of Zone A Stakeholders Forum, Usman Mohammed, said the action was in line with the association’s new constitution as amended article.

However, while denouncing the statement, NANS Senate described Mohammed’s statement as malicious, stating that he was neither a Senator in NANS nor a member of the Senate.

It explained that the said release did not in any way align with the requirements of the constitution of NANS.

The Senate explained further that the said comrade did not have any authority to remove an elected president let alone inaugurating a new executive without an election.

The NANS Senate made this known via a fresh statement signed by its President, Deputy Senate President and Clerk, Chuks Okafor Innocent, Uzman Nagwaza and Juliet Obinta, respectively.

According to the statement, “The constitutional process for transition has started with Convention Planning Committee in place and aspirants into different offices have obtained nomination forms and have been duly screened as required by the constitution, so the insinuation that the President is not transiting power is not only irresponsible but self-serving.

“Security agencies had been notified to investigate the said Comrade for his attempt to cause the breakdown of order and peace at this sensitive period of our nation’s history.

“Comrade Adedayo Asefon remains the constitutionally recognised President and the Senate is the only authority empowered by the constitution to remove a sitting president.

“The transition process is in top gear and those that are agitated because they can’t prove their studentship and as such disqualified from contesting any office in NANS are behind this onslaught against the President because of his insistence that only registered students of a recognised tertiary institution will be cleared to contest the election.

“The President and the Senate have acted according to the constitution by constituting the Convention Planning Committee which is saddled with the responsibility of organising the elective convention and as such the President cannot be blamed for any delay in the process as he is not part of the CPC.”

The statement further explained that the executive and the Senate were concentrating efforts on how the prolonged Academic Staff Union of Universities’ strike could be resolved and no distraction would be tolerated, adding that it expected the CPC to do its job and conduct a credible election.