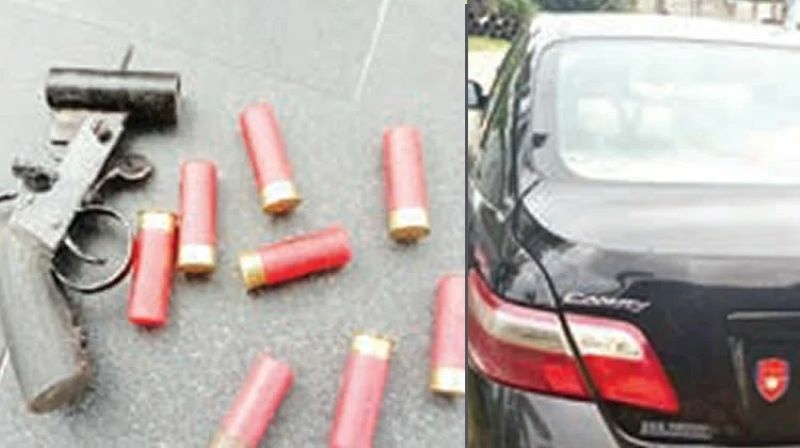 Operatives of the Delta State Police Command have foiled a kidnap operation in the Sapele area and rescued a victim.

It was gathered that the incident occurred around 11pm on Saturday, August 6, when police operatives attached to the State Anti-Cult Unit, while on a special duty alongside the Sapele divisional patrol team, flagged down a Toyota Camry with three occupants.

According to PUNCH, the suspects allegedly refused to stop for a search. rather, they drove against traffic in a bid to escape along Okirigwe Road, Sapele.

Consequently, the police team gave the suspects a chase until they got to a dead end where they jumped down from the vehicle and escaped into a crowded place.

The policemen did not open fire because they could not tell why the suspects were running.

However, when the team got to the abandoned vehicle, they reportedly saw a victim tied inside the car.

The state Police Public Relations Officer, DSP Bright Edafe, while confirming the incident, said exhibits recovered from the scene included one locally-made shotgun, one cutlass and an operational vehicle, suspected to have been stolen.

Also, on August 5, 2022, around 5.15pm, the anti-crime patrol team attached to ‘A’ Division, Warri, while on a stop-and-search duty on Iyara Road, reportedly intercepted a tricycle with three male occupants.

The tricycle was said to have reversed and sped off.

“The team, upon suspicion, went after them until they got to the Chevron Clinic Road, Warri, where the hoodlums opened fire on the policemen and the team equally responded.

“In the process, one of the suspects was maimed, while the others escaped. The injured suspect was taken to a hospital where he gave up the ghost while receiving treatment.