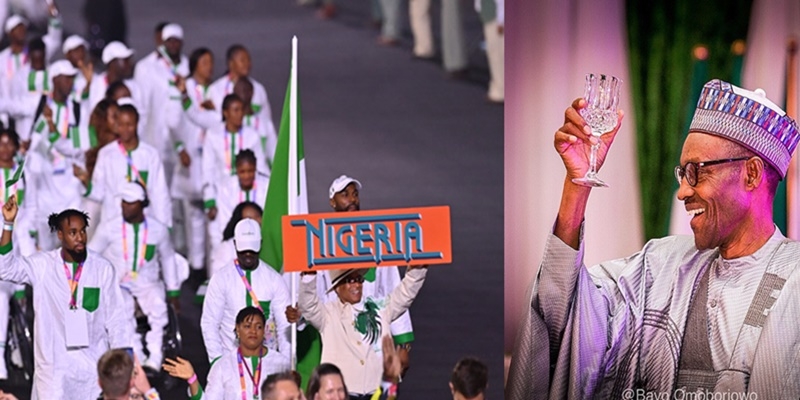 For successfully representing the country at the 2022 Commonwealth Games, members of the historic Team Nigeria will receive a presidential reception.

This was confirmed by the Minister of Youth and Sports Development Sunday Dare, after the 11-day Commonwealth Games in Birmingham was brought to a close on Monday, August 8, with World and Commonwealth gold medallist Tobi Amusan, Team Nigeria’s flag bearer at the closing ceremony.

Winning 12 gold, nine silver and 14 bronze medals, a total of 35 medals, that see them sit seventh on the medals table, the Nigerian Team achieved their best performance ever in Birmingham since it started taking part in the Commonwealth Games in 1950.

Speaking with the athletes on Monday, Dare praised the team for their success at the tournament, and said plans are being made for a presidential reception.

He said, “I followed every moment of your competition. I was in Birmingham from the beginning till I had to leave for other official engagements. So many Nigerians followed you too. We are all so proud of what you achieved for Nigeria and yourselves.

“Mr President is also very proud of you and has approved that a presidential reception be held to honour you for the historic feat at Birmingham 2022.

“We will immediately start to plan for the reception and once we have tightened things up, we will announce the date, invite you over from your different bases and you will have that privilege of meeting Mr President.

“Nigeria will appreciate you for the great acts of sacrifice, patriotism and determination to excel that you all have demonstrated here, whether you have a medal around your neck or not.”

Meanwhile, Australia ended the event as champions with 178 medals, 67 gold, 57 silver and 54 bronze medals. England finished second with 57 gold, 66 silver and 53 bronze with Canada occupying the third position with a total of 92 medals.