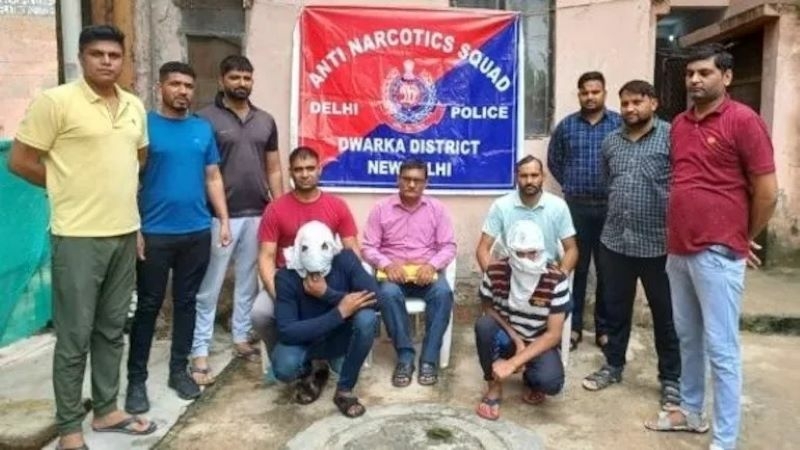 A suspected Nigerian drug kingpin national identified as Babashola and an Indian event organizer, have been arrested by a team of police officers from the Anti-Narcotics Cell in Delhi’s Dwarka district.

Babashola, who was allegedly involved in drug supply was arrested at Mumbai airport on Monday, August 8, while trying to flee the country.

Officials recovered 10.7 grams of fine-quality cocaine and two passports from the suspects.

The arrest was made based on confidential information about a person named Aman, who was trafficking drugs. As per information, the team reached Jeevan Park in Uttam Nagar and laid down a trap to nab the accused.

On seeing the police team, the suspect tried to flee from the spot, but the team managed to apprehend him.

During questioning, he identified himself as 28-year-old Aman Singh. While searching him, officials found a polythene bag containing 10.7 grams of cocaine.

The accused revealed that he used to organize parties and events and that he had accrued huge debts in the business. He then contacted kingpin Babashola and his friend, both Nigerian nationals, for financial help.

Both the accused persons had gone underground after this, and Babashola fled to Bangalore.

Raids were conducted at Babashola’s address, where copies of his two passports were found. The team regularly tracked Babashola’s movements and discovered he was planning to flee India with a fake passport.

Finally, he was tracked down and detained at Mumbai airport and both the original and the fake passports were recovered from his possession.

Babashola revealed that he came to India in 2008 on a tourist visa and had joined some cheating rackets. He was arrested by Vasant Vihar Police in a cheating case and was convicted.