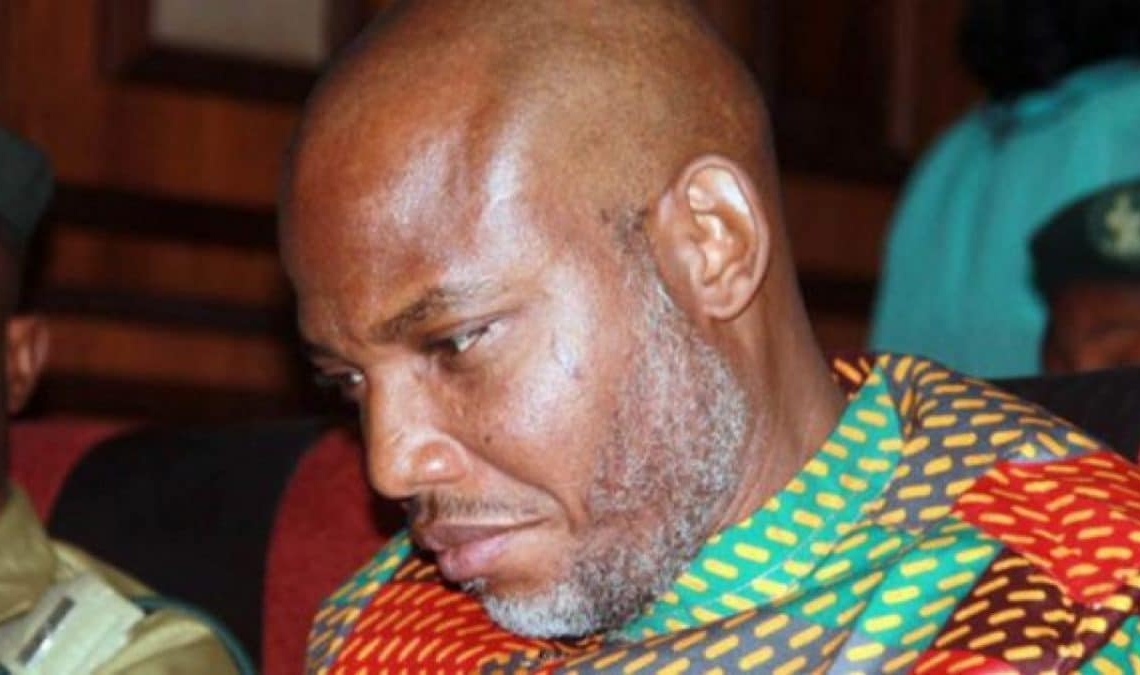 The Indigenous People of Biafra has reacted to media reports that it is planning to replace detained Nnamdi Kanu as its leader.

The separatist group asked its followers to disregard such reports, describing it as “fabricated media propaganda”.

In a statement by the group’s Media and Publicity Secretary, Emma Powerful, on Tuesday, the group said the reports were attempt to confuse people, adding that Nnamdi Kanu remains leader of the organisation.

According to Powerful, Mazi Chika Edoziem is the head of the IPOB Directorate of State and not IPOB Acting Leader.

The statement read in part, “We, the global movement and family of IPOB under the command and leadership of Mazi Nnamdi Kanu, condemn the useless and fabricated media propaganda and blackmail from some media houses that IPOB has another or acting leader replacing our indefatigable liberator and prophet Mazi Nnamdi Kanu.

“Those peddling this kind of lies are those criminals who zoo gutter media are publishing this to confuse the weak-minded people.

“We want everybody to bear in mind that Mazi Chika Edoziem is the head of IPOB Directorate of State and not IPOB Acting Leader.

“There was never a time that Emma Powerful, the Publicity Secretary of IPOB issued any statement purporting that our Leader had been replaced by Mazi Chika Edoziem as IPOB Acting Leader.

“The said statement was the handiwork of mischievous elements bent on causing confusion in IPOB.

“It is unfortunate that some mischievous elements twisted an unambiguous statement by IPOB where we clarified that in the meantime that our Leader is in detention, the Head of DOS, Mazi Edoziem, will be providing direction on the day-to-day activities of IPOB. We never said that Edoziem had become the Acting Leader of IPOB.

“For the avoidance of doubts, Mazi Nnamdi Kanu remains the leader of IPOB. The entire IPOB family all over the world is loyal to him. IPOB has no Acting Leader. Chika Edoziem is only the Head of DOS of IPOB not the Leader.

“We, therefore, urge our family members, supporters, friends, and members of the public to ignore the misleading and mischievous media report.”