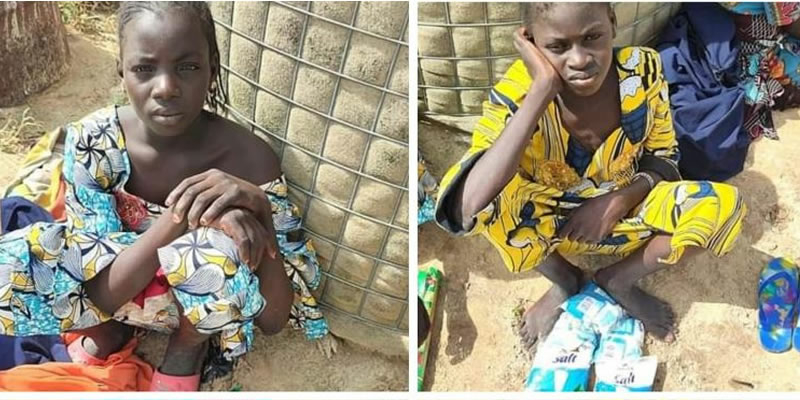 Seven female Boko Haram logistics suppliers have been arrested by the troops of 195 Battalion of Operation Hadin Kai on the outskirts of Maiduguri, the Borno State capital.

The suspects include; Hadiza Ali, Kelo Abba, Mariam Aji, Kamsilum Ali, Ngubdo Modu and Abiso Lawan, and one other.

According to Leadership, Counter Insurgency Expert and Security Analyst in the Lake Chad, Zagazola Makama, said intelligence report from top military sources revealed that the suspects were discovered with large quantities of logistics meant for the Boko Haram terrorists.

“During searching, different items including large quantities of fuel, mosquito nets, noodles among others were recovered. Troops, however, became suspicious when large quantities of garri concealed in gallons and hidden beneath the vehicles were discovered,” the report read.

“Upon systematic interrogation, the females confessed being Boko Haram members operating within Muna Garage IDP Camp, Mafa and Dikwa with their fighters camp at Boboshe and Gulumba riverline in Dikwa Local Government Area of Borno State.

“They revealed that the garri were packed in the gallons in other to beat checkpoints and also to help preserve it against rain as the garri and other items are buried in the ground at their agreed exchange points, where their fighters collect them

“They also admitted acquiring for their fighters kidnap targets based on valuation of individuals, based on sometimes number of cows owned or size of farms.

“They also informed troops that they were given money ranging from N20,000 to N50,000 for each trip and goes for about two to three trips a day depending of the activities of sildiers,” the top military sources said.

Meanwhile, following this information, troops immediately embarked on follow-up operation to the Boko Haram camp and contact was made around Gaza where one Boko Haram was neutralised, one truck burnt and five kidnap victims were rescued alive.