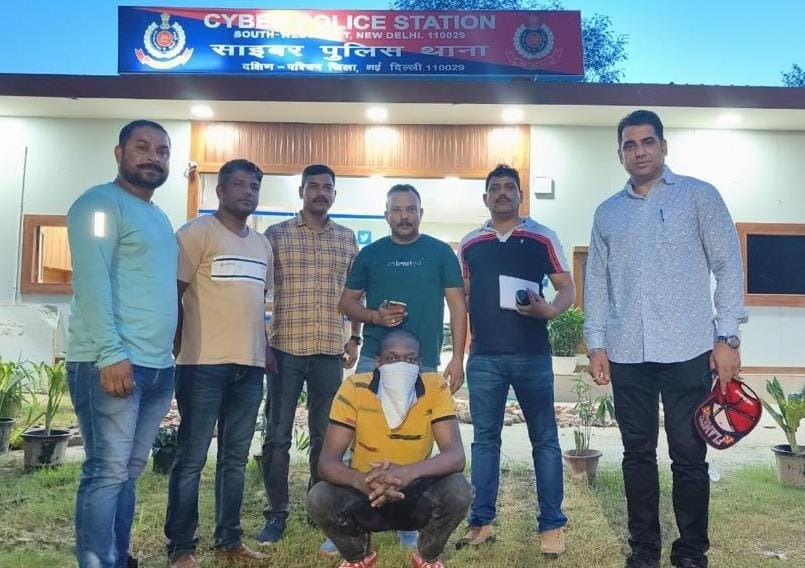 A Nigerian national identified simply as Oliver has been arrested by the Special Task Force of the Uttarakhand Police, India for duping a man of Rs 60 lakh (N31m) after befriending him on Facebook.

The accused was arrested on Wednesday, August 10 from Humayunpur under the Safdarjang Police station in Delhi.

Senior Superintendent of Police, Uttarakhand STF, Ajai Singh told PTI that the accused has been brought to Uttarakhand.

According to him, the Nigerian national and his accomplices may have duped people from other states as well.

Singh said some more arrests are likely to be made in connection with the case.

“Another member of the gang is likely to leave the country and abscond, so the Embassy is being contacted.” he added.

Oliver created a fake Facebook ID in the name of an foreign woman and sent friend requests to people, he said.

After they accepted his friend request, he offered to send them gifts and parcels as a token of friendship.

Then he made them pay online in the name of customs, GST, RTGS, NEFT charges and verification fees, police said. After duping them of huge sum, he used to delete his fake FB account.

The victim from Uttarakhand named Suresh Arya, who was a resident of Ranikhet had lodged a case at the cyber crime police station, Kumaon region in Rudrapur.