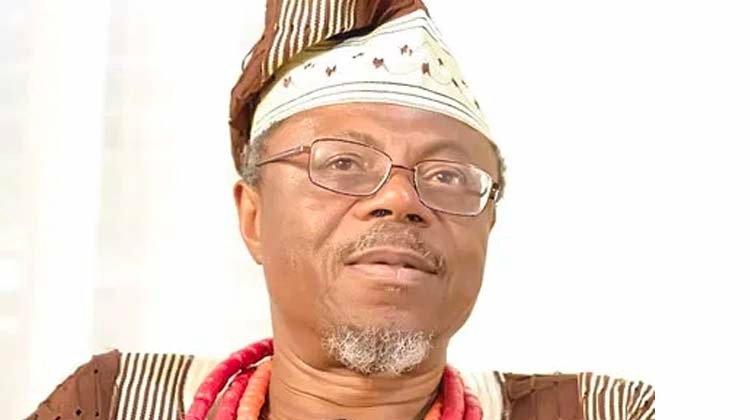 Prof. Toyin Falola, renowned historian and professor of African Studies has stated that the knowledge of historical facts and events will empower nations with the skills to make good decisions and build purposeful leadership.

He also decried the current state of the country, saying the future is unpredictable.

This was made known on Wednesday while speaking as the Distinguished Speaker at the Second Distinguished  Lecture Series of the Department of History and International Studies, Lagos State University, Ojo, titled, ‘History and the Nation,’.

Falola, explained that national development would guarantee good quality of life and standard of living.

“Any country that cannot do this has undoubtedly failed its purpose. The current state of Nigeria has made us doubt the development of the country, and the future is unpredictable.

“However, knowledge of historical facts and events empowers individuals with the skills to make good decisions and build purposeful leadership.”

Falola added that history had remained the only factor that kept the nation in check, saying history must be made an inciting force to realise national ambition.

He said, “The history of every nation is in the details of every path it has taken and events that have occurred over the years. History holds the nation’s memory so that when time and generations make the citizens forget their origin and how far their nation has strived so hard, history brings back the toils of past generations.

“With the advent of globalization and western civilisation that has caused aggressive cultural diffusion, history has remained the only factor that keeps the nation in check and the hope of allowing the people to find their identity once more.”

The Host, Dean, Faculty of Arts, LASU, Prof. Tayo Salisu, said, “The title, ‘History and the Nation,’  is just asking the question of where were we yesterday? Where are we today and where are we going to? It is a question of time and history what lessons can we derive from our past, it is only via documentation because history is always about past events and if past events are not documented, you cannot talk of today.

“Nigeria as a nation, what are our challenges today, have we been about to surmount those challenges? What of our strength yesterday, are we able to sustain that strength, what of the future? These are what the lecture reflects.”

Salisu also advised the students to learn from Falola’s history, adding that they should make effort to attain greater heights than the erudite historian.

Co-host of the lecture and Head of Department, History and International Studies, Dr Adewumi Falode, who described Falola as the Herodotus of African History, said he had published several monumental works on Nigeria and Africa History.

“His publications span across several disciplines, which include Literature, Diaspora studies, gender, African Studies, among others,” he said.

Falode stressed that no wise nation would ignore history and historians.

He described historians as the foundation on which national identity was built.

Chairman of the day was the Olota of Otta Kingdom, Ogun State, Oba Adeyemi Obalenge.