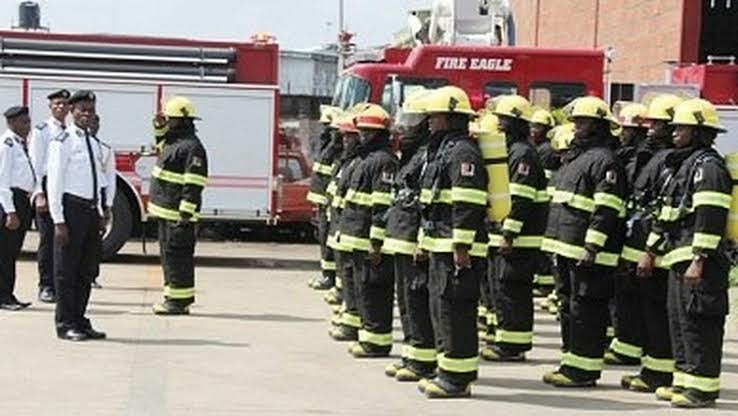 The Controller General of the Federal Fire Service, (FFS), Abdulganiyu Jaji has debunked rumours that secret recruitment or replacement of personnel is going on in the service saying that it is not true as the agency is yet to get the waiver and capital votes to enable to do so.

The Controller General made this known while responding to questions from journalists in Abuja during a media parley marking his one hundred days in office.

He said the FFS does not just take the decision to employ new staff without being given permission by the federal government, which is the waiver.

Jaji explained that capital votes, the money usually approved for the training of new recruits, can only be released once the nod is given for fresh recruitment to be conducted.

He said “Recruitment and replacements has not been carried out because of certain reasons and one of the reasons is that we need to establish a waiver without which we cannot do any recruitment and we have not yet got it.

“At the same time, we need to get what is a called capital vote which is the money you are going 3to use to train the recruits, we need to establish all those ones until then replacement or recruitment cannot take off and we have not done anything concerning that now.”

He said that the federal government is henceforth going to prioritize on taking firefighting down to the grassroots through the establishment of more fire stations.

“As I speak to you now, we are expecting another 24 state of another art firefighting equipment and we will expand to all the states even to the senatorial districts gradually.

“In my own tenure, I want to make sure that I lay emphasis more on the establishment of fire stations especially now that we have high-rise buildings coming up, especially in Abuja.

“To this end, we are collaborating with the Nigeria Airforce with regards to fighting fire and we have moved to a concluding stat. there are some areas where we have our role to play and others where they have their own role to play,” he said.

Jaji also charges estate developers to build fire stations in their estate saying that doing so will improve the response time of fire emergency responders and reduces the loss of lives and property.

According to him, “Many a time, people build structures without any recourse to the fire safety and that is why

By the establishment of the fire safety code and the law that is embedded in the code, it requires that a developer should know that from the early stage of any building, you need to seek the consent and approval of the fire service.

As the building progresses, the fire service will be part of the building team to make sure that fire safety features that are supposed to be in that building are adhered to.”

The FFs boss also said the agency is in partnership with the Turkish army in the area of chemical biological radiological nuclear firefighting, a specialized aspect of firefighting, therefore a lot of equipment, as well as training and retraining of staff, is needed to make it a reality in Nigeria.