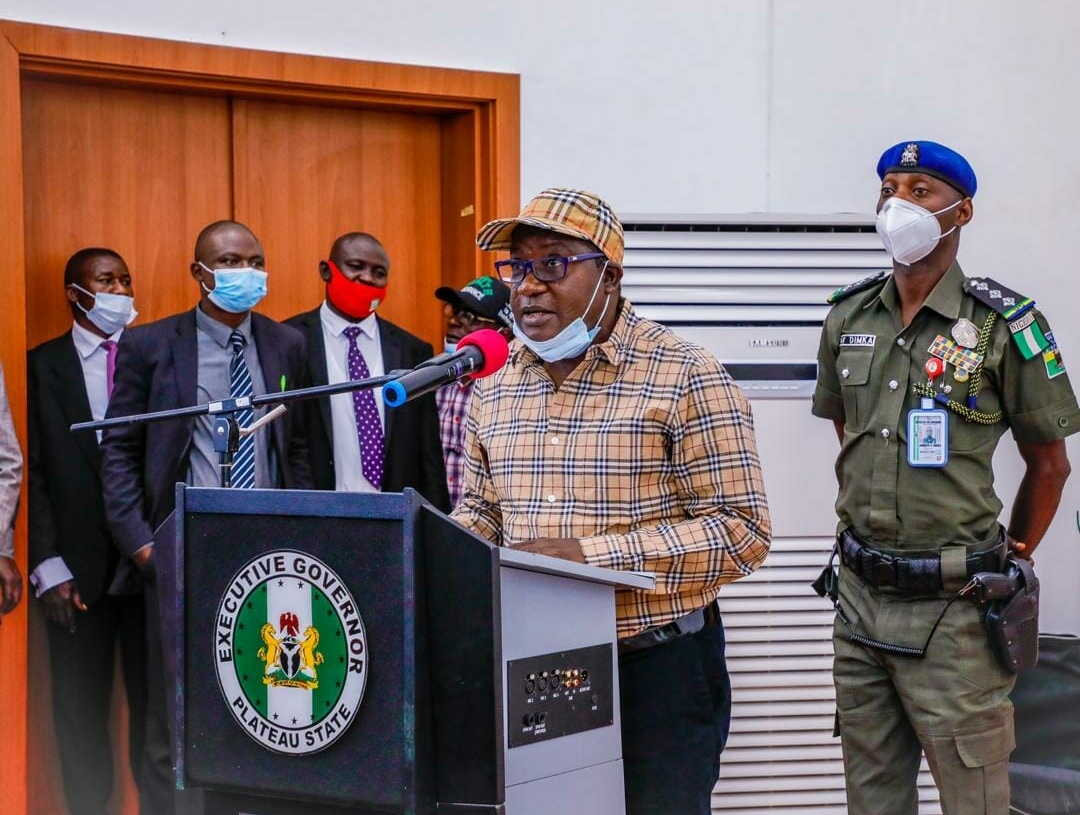 The Director-General of the All Progressives Congress (APC) Campaign Council, Governor Simon Lalong, on Friday, tendered an unreserved apology to the Catholic Bishops Conference of Nigeria (CBCN) over his ‘blasphemous’ remarks about the Holy Father, Pope Francis.

The governor of Plateau state, who admitted that it was an error on his part to have linked the Catholic Pontiff with Nigeria’s politics, begged for forgiveness and understanding from the Catholic Church through the Bishops’ conference.

Earlier, concerned members of the Church had frowned at his choice of words, even as a Papal Knight of St. Gregory and demanded his immediate suspension from the Church.

However, in a letter to the CBCN President entitled, ‘Letter of Apology’ which was dated August 12, 2022, Governor Lalong restated his commitment to the Catholic faith promised to continue upholding the banner of the Christian faith in public life.

The letter reads, “I have followed with some shock and deep regret, the reactions that have trailed my appointment as the Director-General of the Campaign Council for the Presidential Candidates of our Party, the All Progressive Congress, APC, Ahmed Bola Tinubu and Ibrahim Shettima.

“The appointment, understandably was received with mixed reactions across the Christian community who genuinely feel aggrieved by the decision of our party to settle for a Muslim Muslim ticket.

“While many people commended me for the appointment and saw it as a way of remaining within the system to fight for our own interests, others cast aspersions on it on the grounds that our faith had been insulted and denigrated.

“In the course of this, many of my opponents turned the issue into a political weapon with some spreading rumours and questioning the integrity of my credentials as a Catholic and a Papal Knight.

“In trying to make my case, I have granted interviews to justify why I believe that the appointment did not in any way undermine my commitment to the Catholic Church.

“During the week, in the course of defending myself, I had cause to make reference to my credentials as a Catholic and a Papal Knight. In the process, I made reference to the Holy Father.

“I now realise that this was an error on my part and has caused some level of concern and even embarrassment to many, especially the Members of the family of Papal Knights to which I belong.

“I now understand that I may have overreached myself in the course of trying to defend my personal decision in accepting this appointment and thus, the reference to the holy father was not intended as an act of disrespect to his exalted and revered office.

“Your Grace, by this written letter, I wish to tender my unreserved apologies and ask for their understanding and forgiveness from my brothers in the Catholic faith and, through you, the entire members of the Bishops’ Conference, our Fathers and our Leaders.

“My commitment to the Catholic faith to which belong remains unreserved and undiluted. I will continue to uphold the banner of my faith in public life as I have done over the years.

“You may recall, Your Grace that in the last five or so years, have been at the forefront of facilitating our dialogue as politicians with you our fathers in the faith. remain committed to this and pray that you will continue to encourage us as we ascend the slippery slope of politics.”