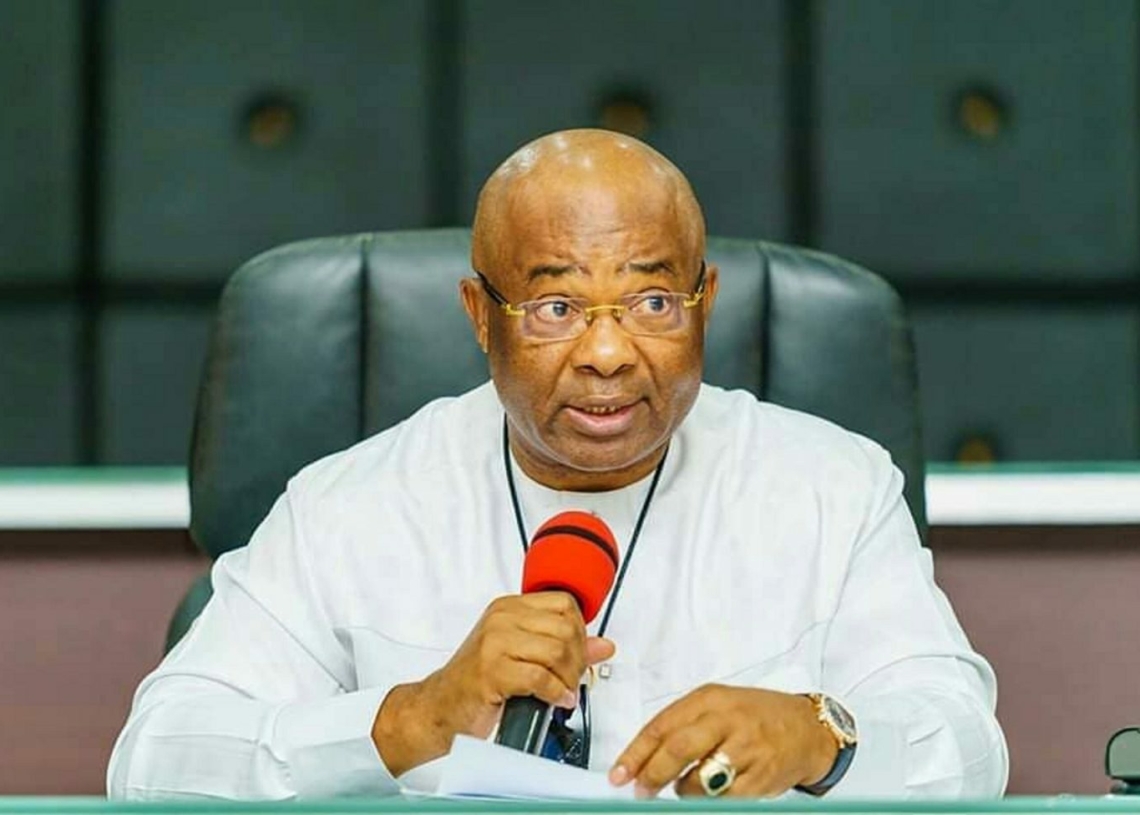 Hope Uzodimma, governor of Imo, says the focus of Nigerians should be on pertinent issues and existential threat facing the country.

He said the fixation on the Muslim-Muslim ticket of the All Progressives Congress (APC) is a misplaced priority as there are germane issues of national significance that should grab their attention.

Speaking with state house correspondents after meeting with President Muhammadu Buhari on Friday, he implored Nigerians to focus on issues like insecurity and oil theft,

He said Nigerians need to work together to bring an end to banditry and oil theft in order to restore the economy.

He also appealed to the media to stop making the APC’s decision to field Muslims as presidential and vice-presidential candidates a matter for headlines, but that candidates should be allowed to campaign, and the electorate allowed to decide on who to vote for.

“I think that even the media, I want to use this opportunity to invite you people to prioritise our area of interest. First, the mood of the country today is not about who the candidates are,” he said.

“The mood of the country is that two or three years ago, we were producing 2.1 million barrels of crude oil every day. For over 12 years, that has been our main source of foreign exchange. Suddenly, because of the activities of those who have anti-national interest, we’ve lost over a million barrels and barely managing to produce one million.

“I think we should rise in unison to condemn the activities of crude oil theft by anti-Nigerian interest groups and bring back the economy of the country, because you have to have a country first before you have a president.

“Look at the quantum of banditry going on in Nigeria today, to the extent that bandits are courageously even coming into the capital city. We should rise in unison and condemn these activities.

“Those are things that should occupy our minds now. But if you throw Nigeria into a situation where religious dichotomy, ethnic jingoism will be at the front burner, it means you are working against Nigeria.

“So, let us allow political parties who have chosen their candidates, no matter the religion where they come from, to go out and do their campaign.