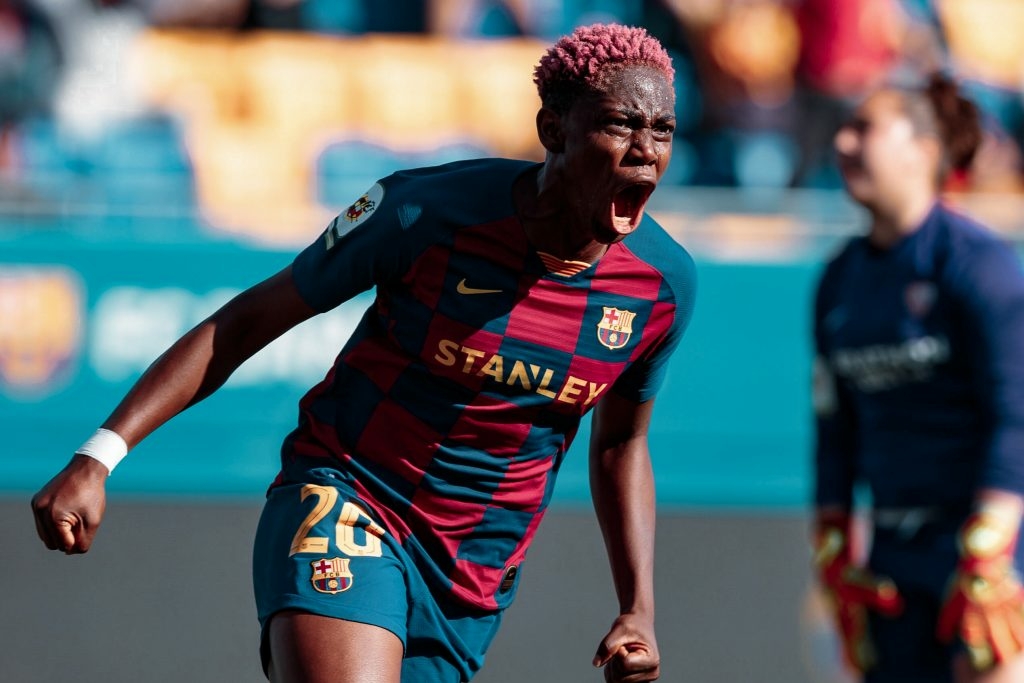 Laliga giants Barcelona have celebrated Asisat Oshoala and their other players who were nominated for the 2022 Ballon D’Or award.

On Friday organizers of Ballon D’Or, France Football, unveiled nominees for this year’s award with Oshoala one of five Barcelona women’s player who made the 20-woman list.

And celebrating Oshoala and other Barcelona player who were nominated in other categories, the Catalan club wrote on their website:”France Football announced the shortlist this Friday for the men’s and women’s Ballon d’Or, and there are plenty of Barça names in the running, as is Gavi for the Kopa Trophy for the best young player in the world.

“A quarter of the candidates are Barça players, with Fridolina Rölfo, Lucy Bronze, Alexia Putellas, Aitana Bonmatí and Asssat Oshoala all in the running for the women’s prize.

“Gavi is an especially impressive case as he is a year younger than most of his rivals for best player aged under 20. Should he win, he’d be the second successive winner for the club, after Pedri picked up the prize a year ago.

“The winners of this 66th edition of the awards will be announced at a ceremony in Paris on October 17.”