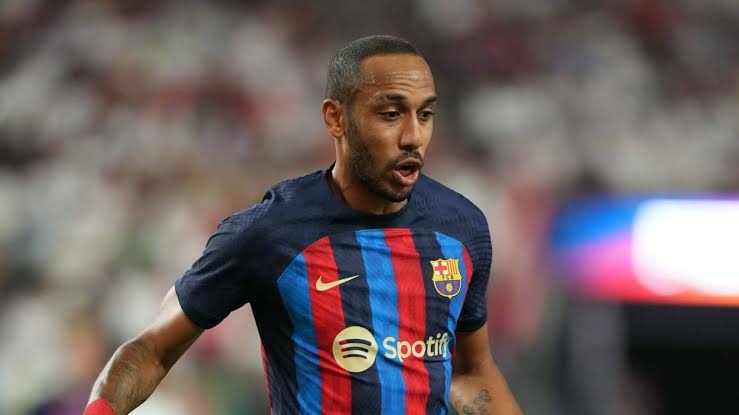 Barcelona manager Xavi Hernandez has said the Blaugurana have no plan to sell forward Pierre-Emerick Aubameyang.

Aubameyang is a subject of interest from Premier League club, Chelsea.

But Xavi made very clear in the press conference before the league opener against Rayo Vallecano he was counting on the veteran.

“I’m counting on him. I like Auba, he can help us on the pitch. He is valuable because of his work rate, he is very humble and I am delighted with him,” Xavi said.

Xavi admitted that the market will dictate what eventually happens, but he made clear his strong regard for Aubameyang.

He stressed that he has been very clear to the players he does not count on. “They already know from my mouth that they are not going to participate. Those of us who are here are the ones who are going to compete tomorrow against Rayo.”