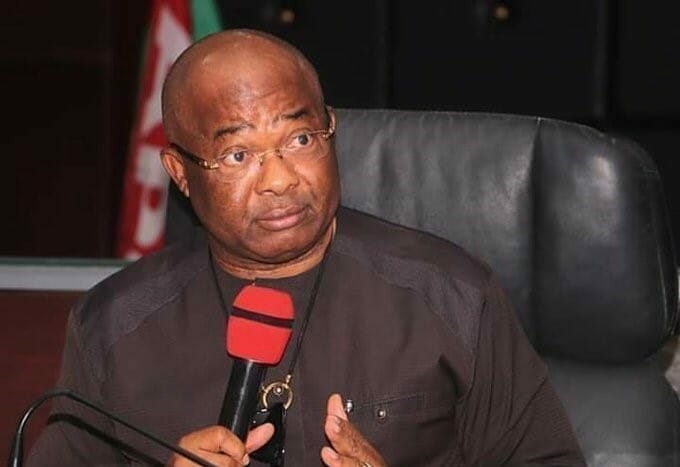 Imo State Government has described claim by a group of people from Egbema, in Ohaji/Egbema Local Government Area, that N70 billion was released to the state government as accrued taxes from the oil producing status of the state, as totally false.

The government in a statement on Saturday by the Chief Press Secretary, Oguwike Nwachukwu said no such money was released to the state government accrued from tax.

He said that the government runs an open and transparent process and as such could not have received the amount in secret.

“This government runs an open and transparent process. There is no way such a huge amount of N70b could be released to the state government as accrued taxes, secretly.

“The truth is that the information is false. Those behind the press conference should desist from raising false alarm,” the statement said.