It’s not Wike – Ayu reveals those behind lawsuit against PDP, Atiku 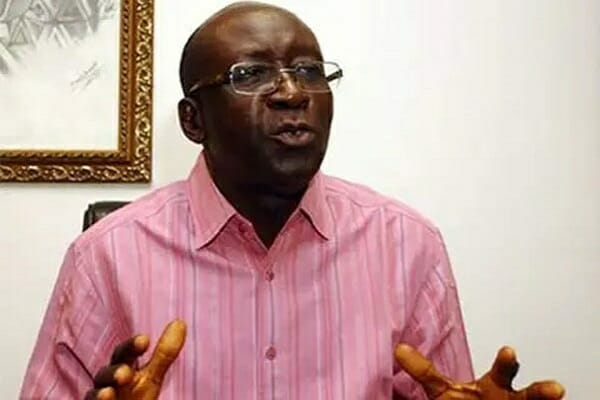 The National Chairman of Peoples Democratic Party (PDP), Senator Iyrochia Ayu says Rivers State Governor, Nyesom Wike, has nothing to do with the legal action preferred against the ruling party and its presidential candidate, Atiku Abubakar.

Recall that media reports on Thursday claimed that Wike filed a lawsuit against Atiku, his Sokoto State counterpart, Aminu Tambuwal; and the PDP over the party’s presidential primary, which was held in Abuja on May 28 and May 29, 2022.

The PDP has been enmeshed in a crisis since the emergence of Delta State Governor, Ifeanyi Okowa, as the party’s vice-presidential candidate in June.

Reacting to the suit, Ayu in a statement to commemorate the 2022 International Youth Day, signed by his media adviser, Simon Imobo-Tswam, said the All Progressives Congress (APC) are being the lawsuit challenging the outcome of the party’s primary.

Describing Wike as a strong party man, The PDP National Chairman also accused the ruling APC of using the governor’s name to institute what he described as a bogus suit against the party.

He described the alleged APC action as desperate and criminal.

The statement partly read “While hailing Wike for promptly coming out to dissociate himself from the said suit, Ayu advised party faithful to be wary of APC’s divisive manipulations.

“His Excellency, Gov. Nyesom Wike never took the party to court. It is the APC that did it. The first name in the case is a coordinator of the presidential candidate of the APC.

“We know very well that they don’t believe they can win any election. They have decided to divide you. But don’t let any APC manipulation divide you.

“They are the ones sponsoring false stories of the crisis in PDP. PDP has no crisis. It is a united party.

“Anyone who thinks they can come and brew crises here is deceiving himself. They should wait for us till next year. In February, we will show them that they are the ones with crises.

“I want to make this clear before people start saying: Oh, Wike took the party to court. Wike is a strong party man.”

Ayu said he was happy that Wike came out immediately to deny that he took the party to court.