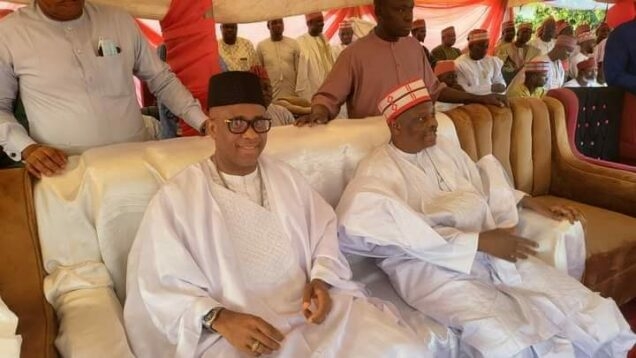 WITHIN NIGERIA recalls that Kwankwaso said he chose the 57-year-old Idahosa because of his outstanding record, integrity, broad understanding of Nigeria and its contemporary challenges.

Speaking with Vanguard, Idahosa said he was surprised to have emerged as Kwankwaso’s running mate because it is not what he looked forward to.

Explaining how he became the NNPP vice presidential candidate, Idahosa said, “I was surprised in the sense that it is not what I look forward to. I look forward to a new Nigeria. But Senator Rabiu Kwakwansi and I have been close for a long time. I like his leadership style. He had been to our church a couple of times. We always share our prospects and challenges. I didn’t see this coming.

“He only asked me to fly into Kano during the Sallah celebrations if I was free. It was on a Saturday. I said it wasn’t possible because the following day was Sunday. He now said after my Sunday service, I should come over to Kano and celebrate Sallah with them, which I obliged. I flew into Kano on Sunday afternoon.

“When I arrived at his place there was a crowd and he asked me to greet them, which I did. At midnight, he asked that I help look for a running mate for him in the South.”

Idahosa continued, “I called some spiritual fathers, asking if they could help look for a running mate for him. It was on a Sunday and Friday was INEC’s deadline for closing their portal. As of Monday, nothing was forthcoming.

“So, I called a few fathers of faith. They got one or two but time was too short for them to consult. On Tuesday, he asked if I could fly over from Kano to Abuja. He also asked about the assignment he gave me to look for a running mate.

“I said it was quite difficult getting one because there was no time to consult. I told him I had called a few fathers of faith but every other person they got was already neck deep into some political commitments. And the deadline was just a few days away. On Wednesday, he asked that I come over to meet the screening committee and see if we could work on some options.

“When I arrived at the screening room, people like Elder Buba Galadima were seated there. They welcomed me to the screening and I was surprised. I said I thought I was coming to join them in screening without knowing I was to be screened.

“That was how I was among the 20 people screened for the position. It wasn’t that they mentioned it to me earlier. They asked for my Curriculum Vitae, CV, and I told them I didn’t come there to look for a job. They laughed and said I should fly back to Lagos and get my CV.

“But the next day, at about noon, people were calling to congratulate me. At about 2pm the same day, I received a call from Senator Kwankwaso addressing me as ‘’His Excellency’’ for the first time. I was surprised because normally, he calls me Bishop. He said ‘’Congratulations, His Excellency, you are my running mate.’’

“I went to pray immediately about it and got my peace. I consulted with my wife who he, Kwankwaso, also called.”