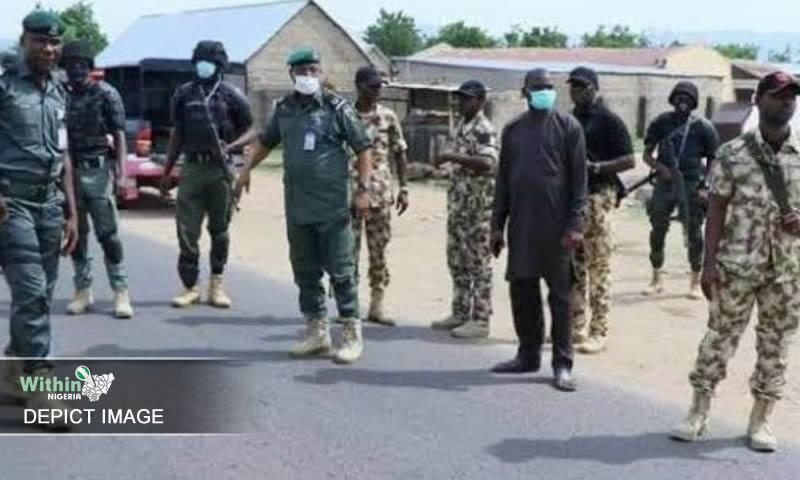 A police officer was allegedly injured by some soldiers following a disagreement inside Ajegunle Spare Parts Market in Osogbo, Osun State.

It was gathered that the incident happened on Saturday but the cause of the disagreement and the identities of the police and soldiers involved could not be immediately ascertained.

WITHIN NIGERIA had reported that a police Inspector Monday Orukpe was killed following a clash with men of the Nigerian Army in the Ojo area of Lagos state on Wednesday, August 3.

According to PUNCH, sources in the market said a policeman was seized and beaten up by some soldiers to the surprise of many people that witnessed the incident.

An eyewitness, who preferred anonymity told PUNCH said, “But the situation became tense when some police operatives from Dugbe Police Division, located few meters away from Ajegunle spare parts market arrived at the scene and engaged the soldiers in an argument.

“The matter soon degenerated and there was an exchange of gunshots for some minutes. The incident occurred some minutes past 5pm on Saturday. We all fled the scene to escape being shot.”

The state police spokesperson, Yemisi Opalola, confirmed the clash but said the matter had been resolved.